Renowned Actors Olu Jacobs and his wife Joke Silva, look lovely in these new photos he shared on Instagram. Taking to her page, Mummy J as fondly called recounted a happy moment with her husband,

She wrote: Took sir J, @_olujacobs to visit Glover Memorial Hall after the hand over yesterday. Pic 2) Can’t for the life of me remember what he said but I was in stitches 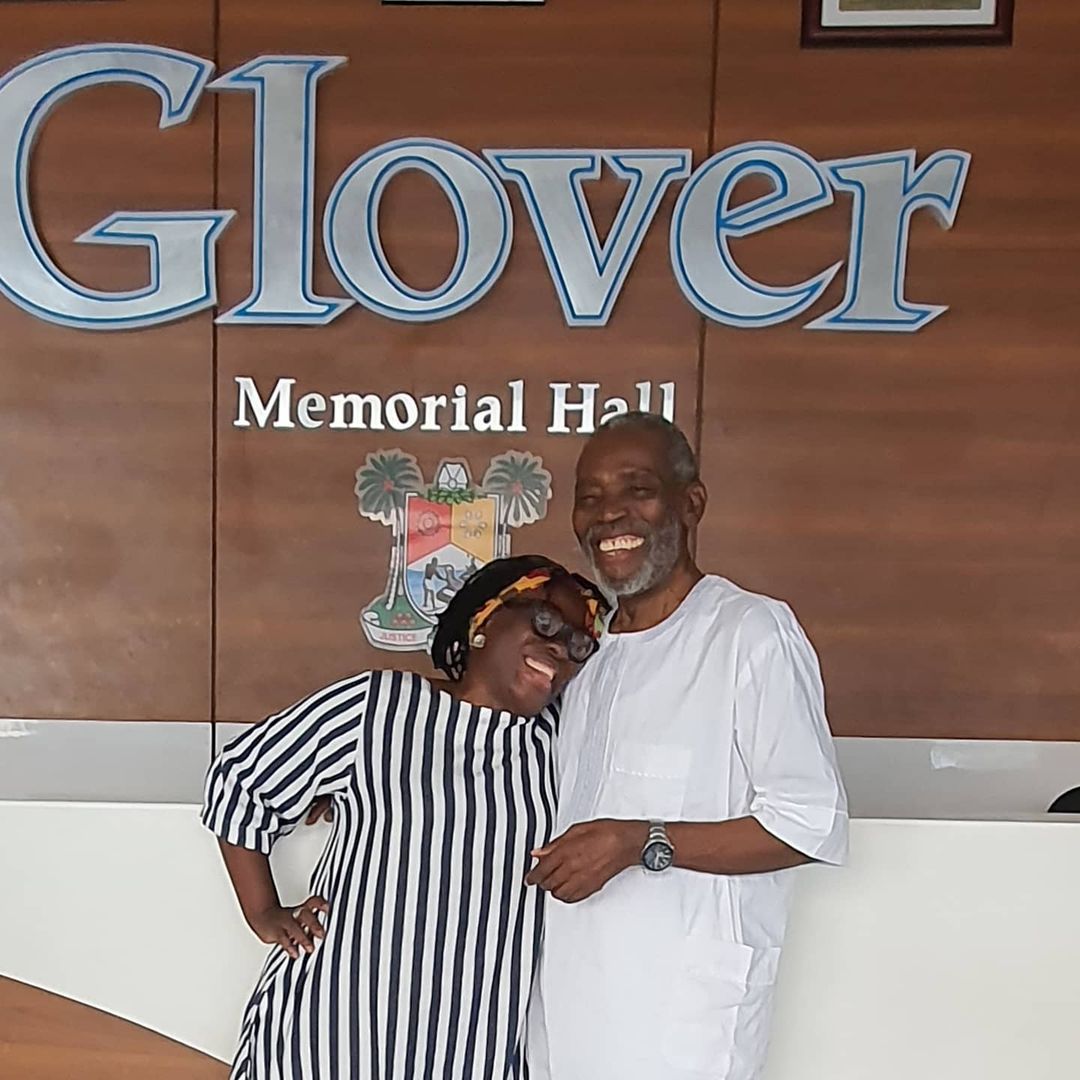 The actor has been off the movie screens but recently he was seen publicly at Africa International Film Festival Awards (AFRIFF) in Lagos, looking frail. The actress in an interview with Chude Jideonwo aired on Channels Television revealed that her husband has been battling with Dementia with Lewy bodies (DLB) for a couple of years. 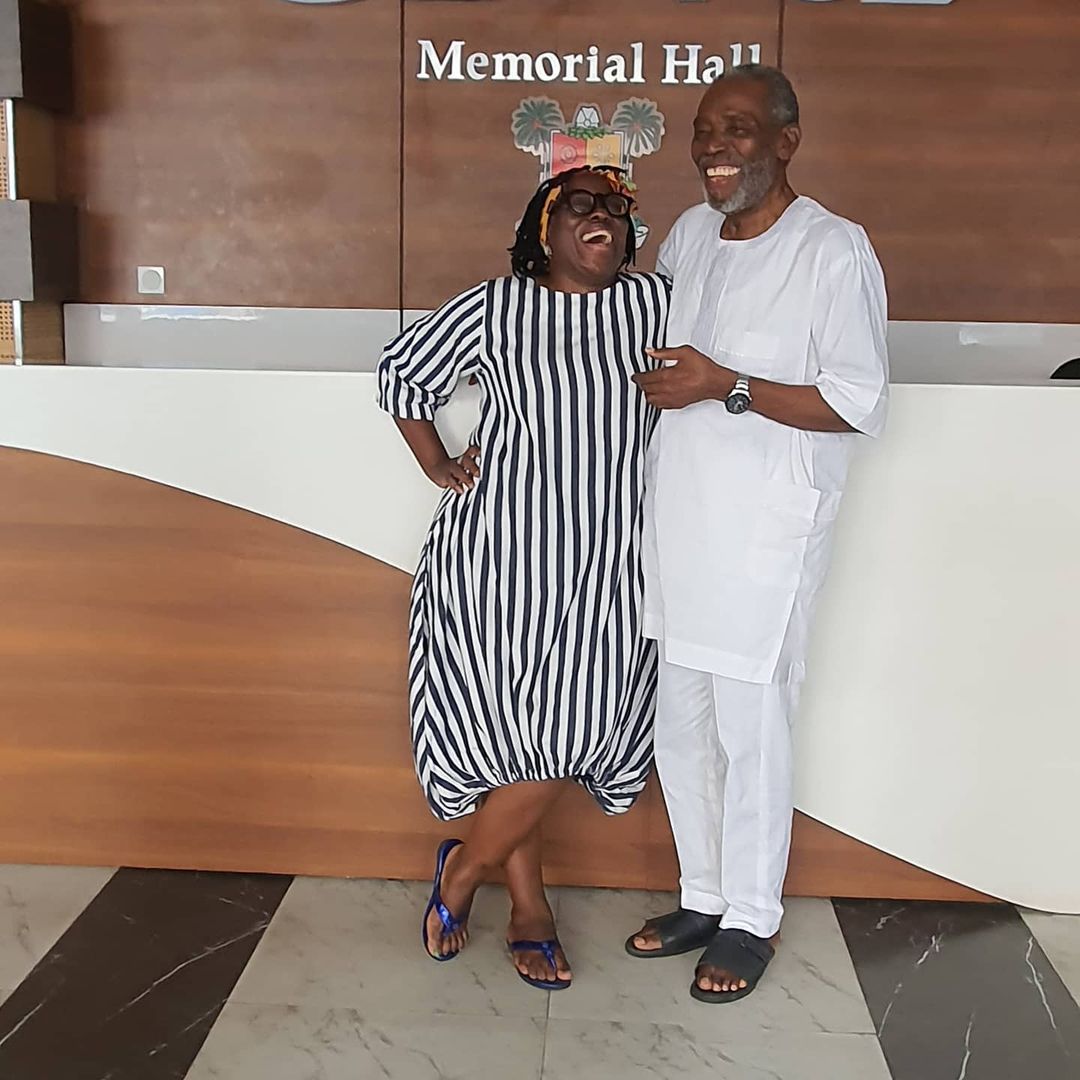 “He is dealing with issues and it has been going on for a couple of years. It is known as dementia with Lewy Body.  It is a degenerative disease that affects the brain and it is almost like a Parkinson’s type of disease, it affects the brain so you don’t see the shaking. It affects the person,” she said.

She added that “It is the first time I said that publicly. I knew the time will come that it has to be known.”