A Range rover belonging to Nollywood actress, Dorcas Shola-Fapson that was stolen by her driver has been found in Ogun state.

The actress who lives in Lagos had cried out yesterday that her driver stole her newly acquired Range Rover SUV.

According to her, the SUV was stolen by her driver, Muhammed, on the eve of her birthday. 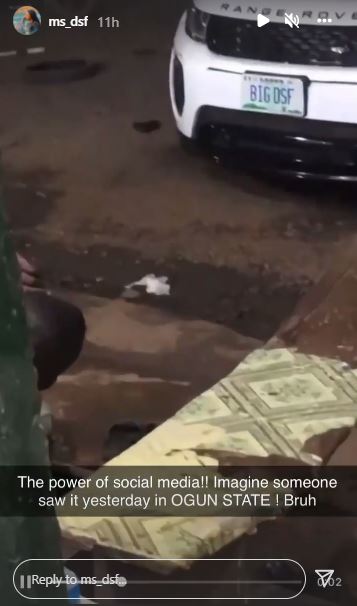 “On the evening of my birthday as I was getting ready to celebrate with family and friends it was brought to my attention that my driver had stolen my car,” she wrote.

“I’m offering a reward for anyone that has information on/can locate “ Muhammed “ & my car. He used this fake license to register with the agent who has already been arrested.”

In an update on her Instagram story, she wrote that the car has been found in Ogun state.

You Will Have An Accident With That Car

Dowen College’s Founder, Board Quit, External Consultants To Be Hired