Nigerian actress and presenter, known for her role in MTV’s Shuga, Dorcas Fapson’s car has been seen in Ogun State after her driver ran off from Lagos with it.

Dorcas Fapson who recently called out LASUTH, disclosed that her driver called Muhammad Adamu used a fake license to register for the job and when he got the job, he disappeared with her car.

She revealed the matter had been reported to the police and offered a reward to anyone who can locate the car. 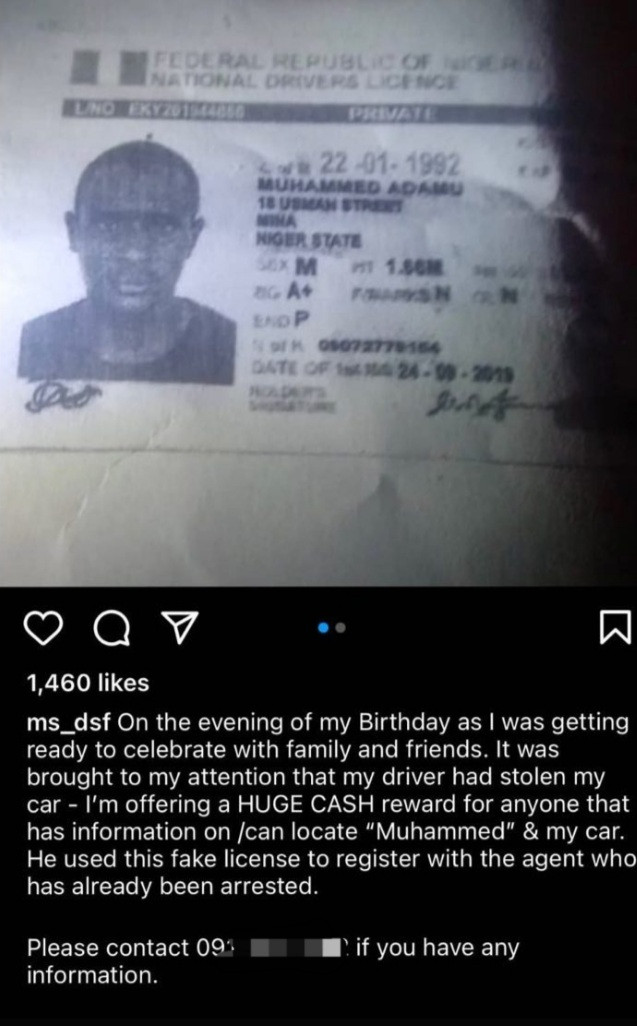 She has now revealed that her car was located in Ogun State and she shared a clip of the white Range Rover with customised plate number in Ogun State.

“The power of social media. Imagine someone saw it yesterday in Ogun State,” Dorcas wrote. 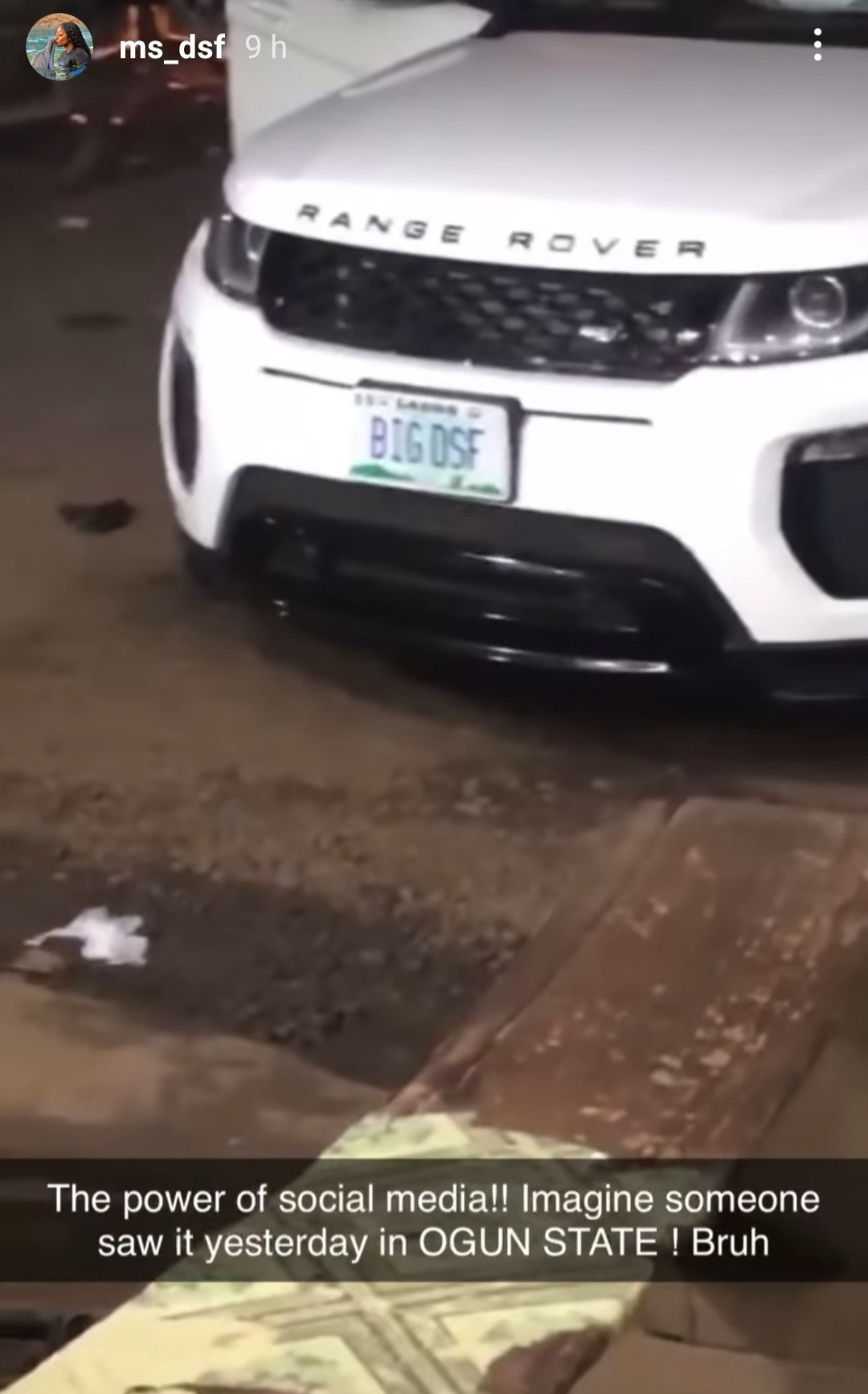 Missing Bangladeshi Actress Murdered By Husband? Check Cause Of Death