Ned Nwoko’s pretty daughter, Julia Nwoko has shared her conversation with her mother who appealed to her to stop smoking.

In the conversation which she shared, Julia expressed her love for her mother, and her mother responded by asking her to stop smoking shisha if she means it. 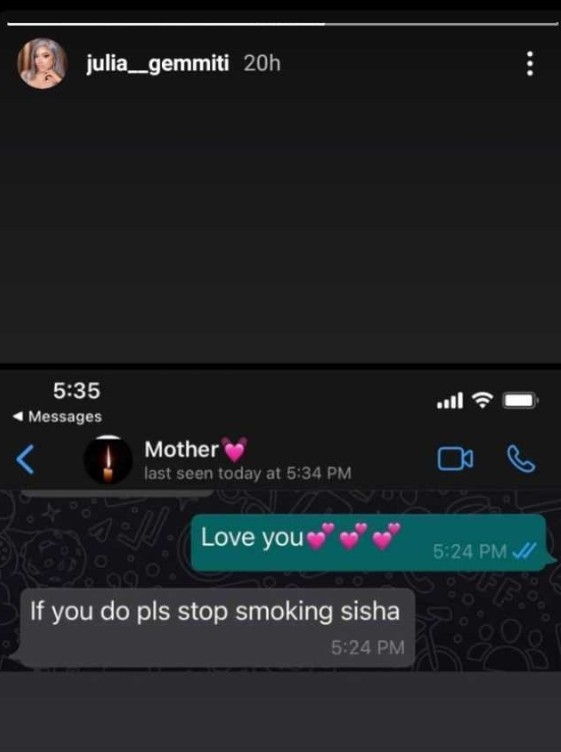 This is coming hours after Julia revealed that she has never dated anyone ever since she was born.

She further stated that she hopes no man is referring to her as an ex, because she has never been in a relationship with anyone.