Nigerian rapper, Olamide Adedeji, has revealed why he didn’t respond to rants by Ghanaian rapper, Shatta Wale, against Nigerian artistes.

According to him, saying nothing about the rant would hurt more than telling Shatta Wale how he felt.

Olamide had earlier taken to Twitter to announce the concert of his signee, Fireboy, which was scheduled to hold on January 2, 2022.

Commenting on the tweet, a fan asked him, “Shatta Wale matter no concern you?”

In response, the rapper wrote, “Telling someone how you feel does not hurt as much as saying nothing at all.” 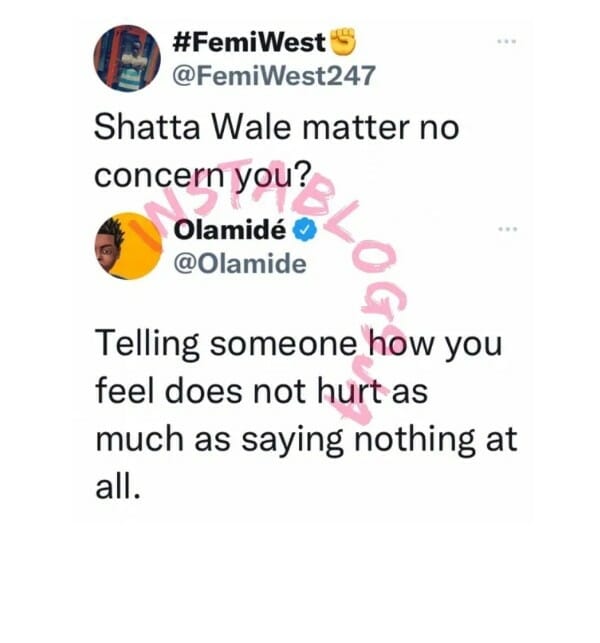 Shatta Wale’s rant on Sunday, where the rapper threw shades on Nigerian artistes after selling out a Ghanaian stadium.

Why Was YouTuber Ohene David Arrested? Is He In Germany Jail After Raid