Oba Ogunwusi Adeyeye, Ooni of Ife’s estranged wife, Prophetess Naomi Silekunola, has reportedly returned to the palace. This is coming a few days after the Prophetess took to her Instagram page and announced her separation from the King following irreconcilable differences which were not disclosed. Olori Naomi’s return to the palace was disclosed by Instagram blogger, Gistlovers.

According to Gistlovers, the prophetess returned to the palace after some elders of the palace and Akure met with her to resolve the issue on the ground.

“Queen Silekunola Ogunwusi returns to the palace after plenty pleas from the palace and elders from Akure and Ife met, Sidepiece in the mud too Olori Farampon won’t like this ooo” 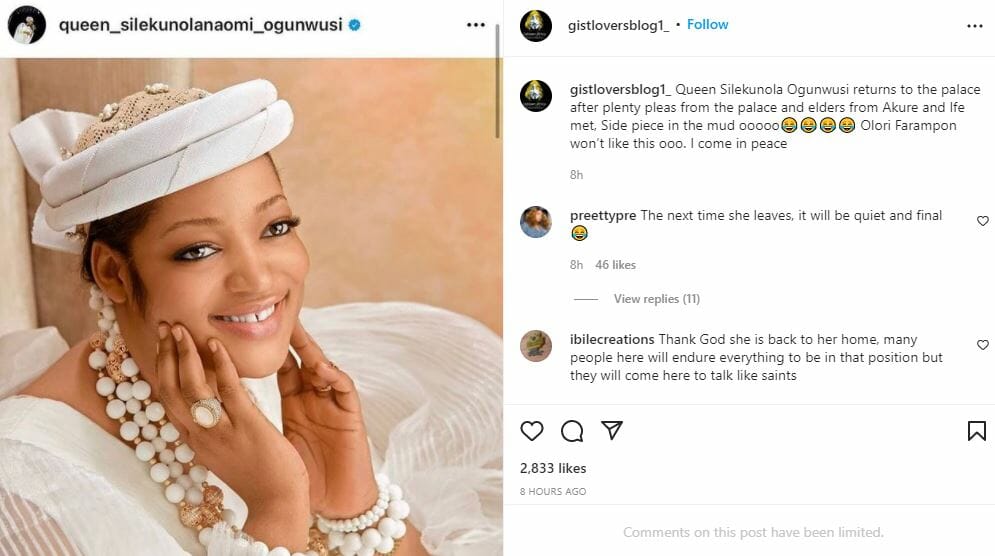