Actress Anita Joseph has said she doesn’t care what people have to say over a controversial video of her husband massaging her leg at an event.

Many people had taken to Instagram to vent over the video showing MC Fish massaging her feet in public at an event organized by her colleague Iyabo Ojo.

The video shows MC Fish massaging Anita Joseph’s feet at the event where almost everyone was watching them and he kissed her feet at some point looking all happy.

But some people think it’s too extreme a thing to do in public.

Reacting, she said if people don’t like it, she doesn’t give a damn. 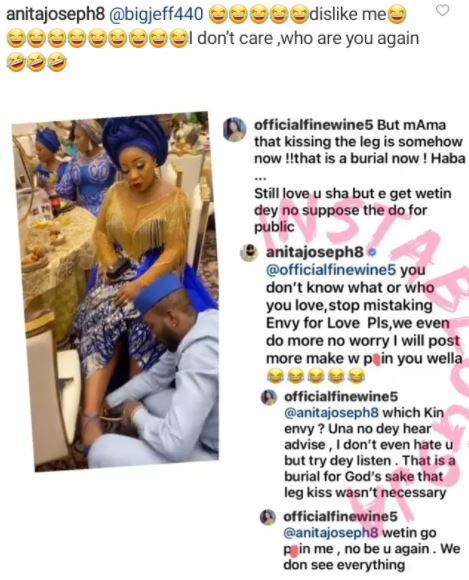 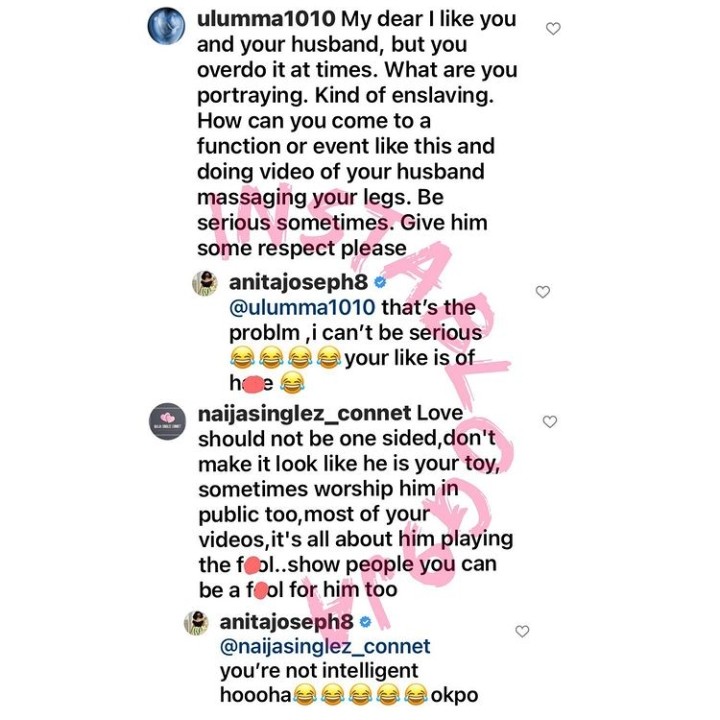 Harrysong Celebrates After Welcoming First Child With His Wife (Video)