Popular Nigerian singer, Zlatan Ibile, has called out a lady who took his shirt.

The singer took his Snapchat to call out the lady named Sharon who has converted his Dior shirt said to be worth N750,000.

According to him, the said Sharon asked for a shirt to change into and he apparently gave her his Dior shirt.

He has not seen the shirt since then. 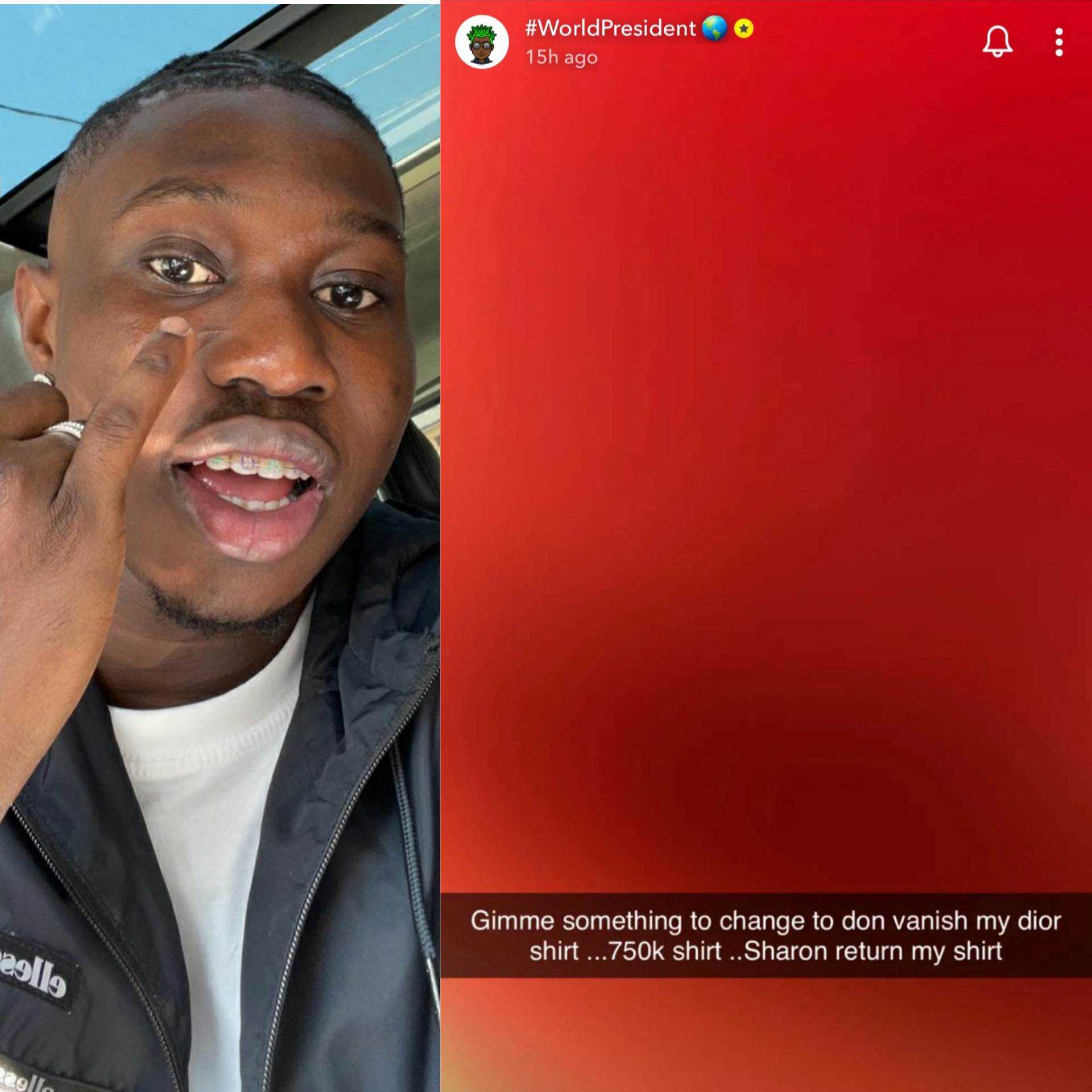