This comes after he got a car from a luxury car dealer days after he made a post about buying a car.

He had posted that he intended to buy a new car before the year ends. After making the praryer, he was rewarded with a car and and a mouthwatering ambassadorial deal.

His Instastories read: ”I want to buy a car, 2021 is almost over let me thank myself for surviving and not giving up. Recommend a brand for me.”

His post immediately caught the attention of Fredaghe Autowheels who decided to give him a double deal – his dream car and an ambassadorial deal.

He later shared a screenshot of his chat with the auto dealer and gave an update in a separate slide, saying that he has been asked to come collect the car.

He wrote; ”@fredaghe_autowheels Asked me to come pick my dream car from his autoshop. So guys I will be going for a car hunt” 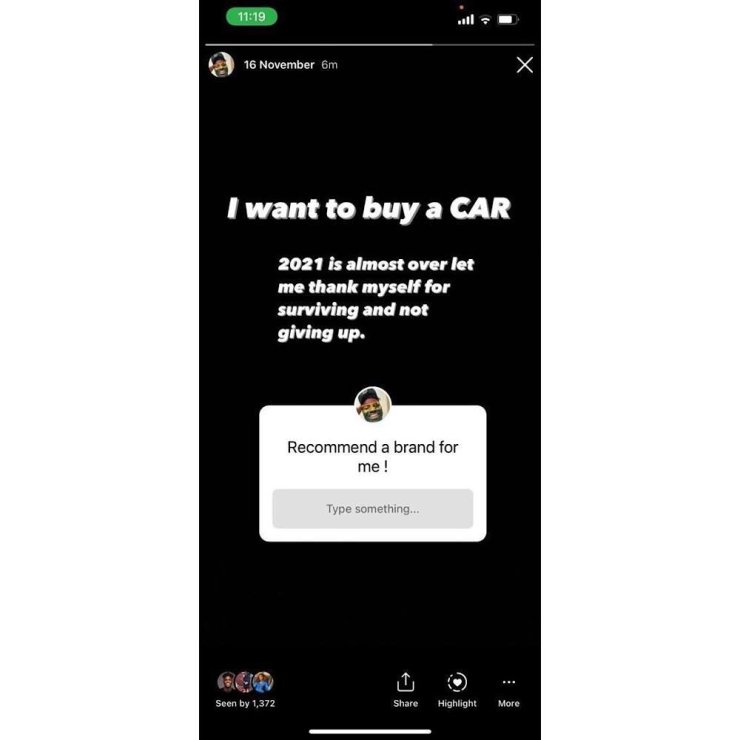 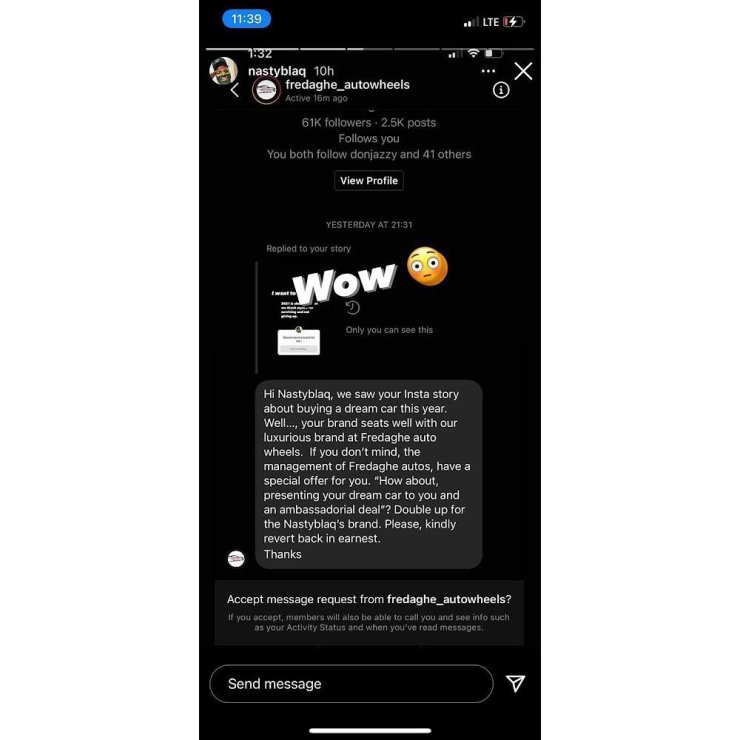