It has been revealed that the operatives of the Western Nigeria Security Network popularly known as Amotekun in Ondo State have intercepted a bus loaded with 500 pieces of daggers concealed under the seats, according to SaharaReporters.

They also recovered different seizes of knives and guns hidden inside Tigernut bags.

Also, 18 people suspected to be bandits who were in the vehicle were arrested while some others escaped.

Parading the suspects before journalists in Akure, the state Commander of Amotekun Corps, Adetunji Adeleye said the three buses escaped from different checkpoints before they were intercepted in Ondo town.

Meanwhile, Governor Rotimi Akeredolu had commended Amotekun Corps operatives for filling the vacuum left by military men in the state.

Army personnel had abandoned checkpoints in the state after being alleged owed allowances by the state government.

In a statement on Thursday on his Facebook page, the governor said, “Amotekun Corps is now engaging in road patrol to further ensure the security of lives and property of all residents across the state.” 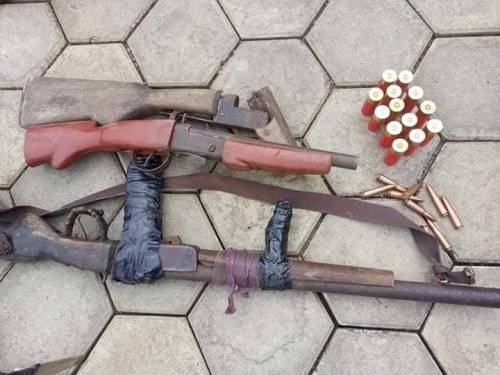 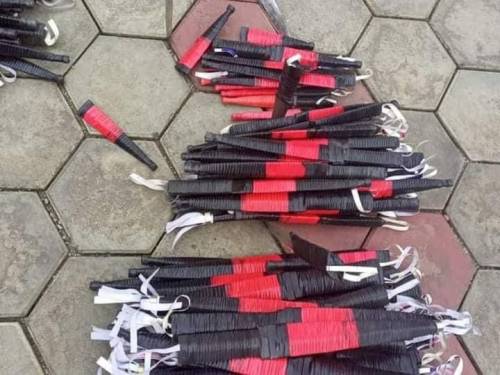