He did this after beating the Amazon founder Jeff Bezos in a lawsuit between their two private space companies.

The contract will see SpaceX build a landing system to get humans back onto the Moon for NASA’s upcoming Artemis missions. It will be the first time humans have stepped foot on the moon since 1972.

Blue Origin’s legal team claimed the contract had been awarded unfairly, calling it an “unlawful and improper evaluation of proposals” after SpaceX won the bid to build lunar landers for the American space agency.

After a federal judge sided with SpaceX on the matter, Musk tweeted a meme of the popular comicbook character Judge Dredd grimacing, saying: “YOU HAVE BEEN JUDGED”.

SpaceX and NASA will now continue work on the landers following the ruling.

It is the latest in the public rivalry between the world’s two-richest men.

Musk has repeatedly goaded Bezos since seizing the title of world’s richest man, and for sending people further into space than his company.

When the lawsuit was first put to court, Musk tweeted that Bezos “can’t get it up (to orbit)”.

Musk has even sent Bezos “number 2” silver medals and called his ideas for Blue Origin “dumb”. 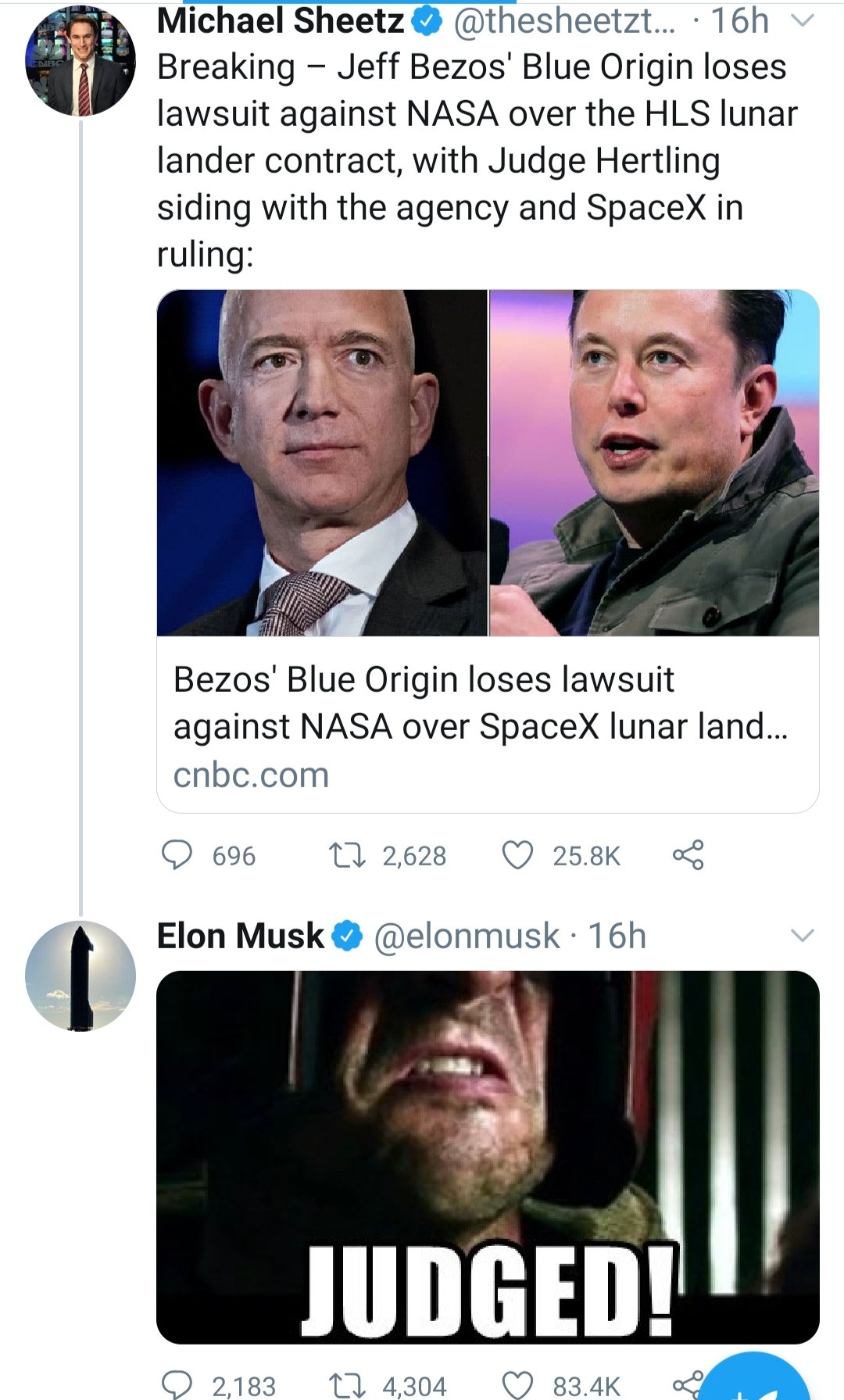