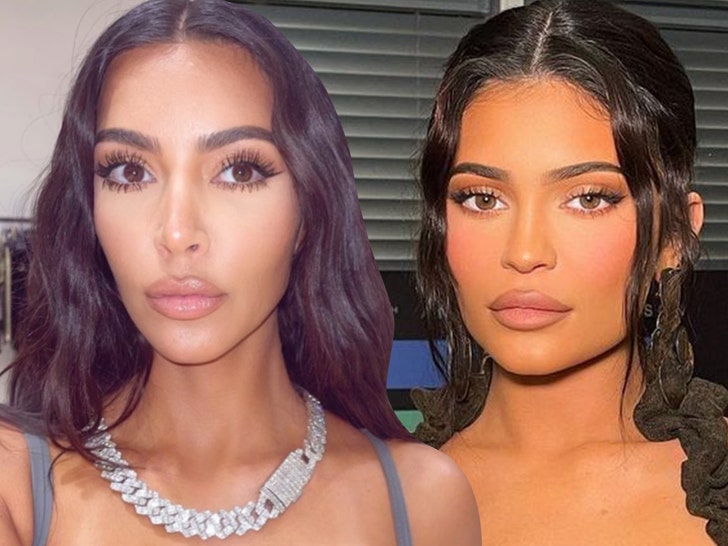 No, Kim Kardashian and Kylie Jenner did NOT apply for unemployment benefits … but some goon in Michigan managed to defraud the state out of thousands of dollars using the famous names.

So, check this out … someone filed a couple of unemployment claims back in May 2020 under “Kimberly Kardashian” and “Kylie Jenner” with an address in Traverse City … four hours northwest of Detroit.

Thing is … nobody checked if the claims were legit before paying “Kimberly” and “Kylie” some 8 weeks of backdated unemployment pay … to the tune of more than $7,000 each.

The payouts, BTW, hit the bank accounts just days before the state’s fraud management software flagged the claims because the agency needed additional ID verification. But by then it was too little, too late.

Apparently, the unemployment agency’s been rife with fraud. As the Detroit News first reported … the agency approved thousands of claims at the height of the pandemic well knowing nearly 10% would be fraudulent claims.

So, why approve all the claims? Because if the agency had to sort through it all and ID fraudulent claims it would have held up thousands of legit claims.

And that’s how this “Kardashian” and “Jenner” got paid … not to mention some other goofball’s fraudulent claim … which included copies of a fake ID with a photo of “The Office” star John Krasinski.

For what it’s worth, the U.S. Attorney’s Office has cracked down already … charging at least 13 with scheming the state’s unemployment system. The state Attorney General said it’s investigating dozens of other cases and the unemployment agency has fired 10 employees.