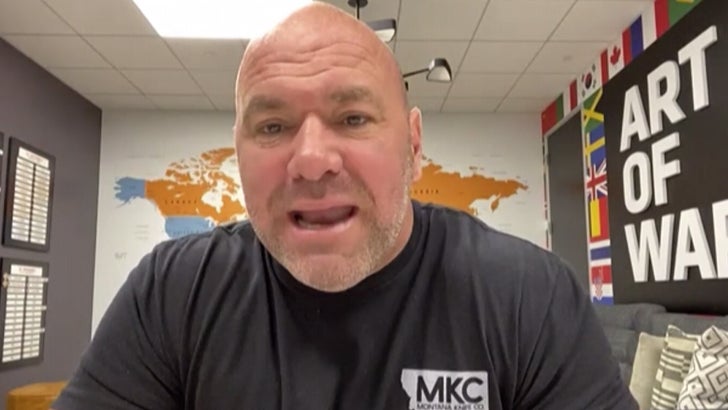 Dana White says former President Donald Trump won’t be able to hide from the spotlight at UFC 264, because he’ll be right next to the Octagon … where fans can loudly cheer and jeer him.

The UFC honcho joined us Friday on “TMZ Live” to pump up Conor McGregor and Dustin Poirier‘s third fight … and, in the process, he settled a debate about where Trump will sit Saturday night in Vegas.

It’s the first major sporting event Trump’s attending since leaving the White House — and with all that’s happened since he lost the election, it’s a good bet (even in Vegas) the ex-prez will hear plenty of boos.

Dana, a longtime Trump supporter, says his pal isn’t one to shy away from any heckling.

As Dana tells us … Trump “don’t care, he’s not that guy, he’s not hiding in a box somewhere, that’s not his style.” Instead, he says Trump will sit right behind him.

No doubt he’ll be flanked on all sides by Secret Service, and Dana says agents have been sweeping T-Mobile Arena for a few days now to ensure Trump’s safety. 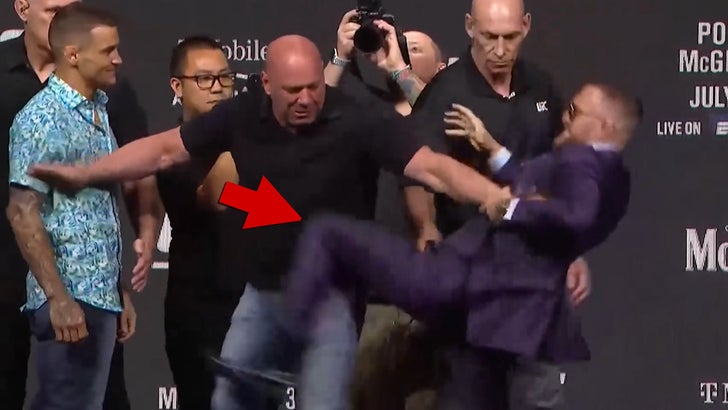 Presidential sideshows aside … the fight itself should be awesome. McGregor and Poirier have been talking tons of smack leading up to Saturday’s showdown, and Dana even took a knee to the ribs during Thursday’s press conference.

Sounds like he’s shaking it off just fine — potential record-setting PPV numbers will do that for ya!