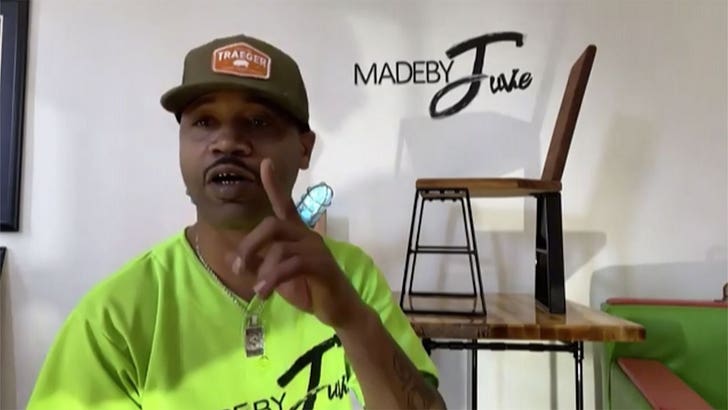 Juvenile‘s the first to admit he was skeptical when a dating app reached out about collaborating, but that faded when he heard the end goal was educating his community about the COVID-19 vaccine.

The New Orleans rapper joined “TMZ Live” Thursday and explained how and why the collaboration with the dating app BLK came together. He tells us he was all in soon after hearing the dating app’s mission to get users vaccinated before going on dates.

Enter Juvenile’s “Vax That Thang Up” … a remix to his 1999 classic, and still a club banger, “Back That Thang Up.” The rapper thought the remix was a brilliant idea.

Juvenile probably didn’t need too much convincing considering the staggering numbers. Remember, early on during the vaccine roll out there was serious hesitancy and mistrust … with only 14% of African-Americans trusting the vaccine is safe.

But, while vaccination rates have gotten better among African-Americans … misinformation looms, which leads to hesitancy. But, as Juvenile says, he hopes the remix calms fears — and, in fact, he told us how it’s already impacted someone close to him.

Almost as cool, Juvenile’s picked up a new, money-making hobby during quarantine. Watch … you could say he’s making new places for you to back that thang up!