We could list over a thousand super beautiful things in life, but none will ever be as sweet as love! Yes, we say this with all conviction and with every new love story and beautiful couples we see, our resolve is strengthened. Today, we’re all about Wura and Ayo’s sweet #BNBling moment. 🤭

Wura and Ayo met for the first time at a welcome party for the Ooni of Ife in Canada. Being a sonorous singer, Wura’s reputation had gone before her. Ayo recognised the beauty that is Wura and struck a conversation.  This move led to a beautiful friendship that would in turn lead to something even more beautiful. Years down the line, Ayo went on one knee and proposed to his friend who had now become the love of his life. Of course, what he got was a resounding yes!  Now here we are, taking in all the feels of their #BNBling moment, rooting for the couple as they get set for their forever journey. The lovebirds share with us, the full scoop on how they met and all that led to this sweet moment.  Keep scrolling to enjoy it all.

Check out the beautiful photos from their surprise proposal below: 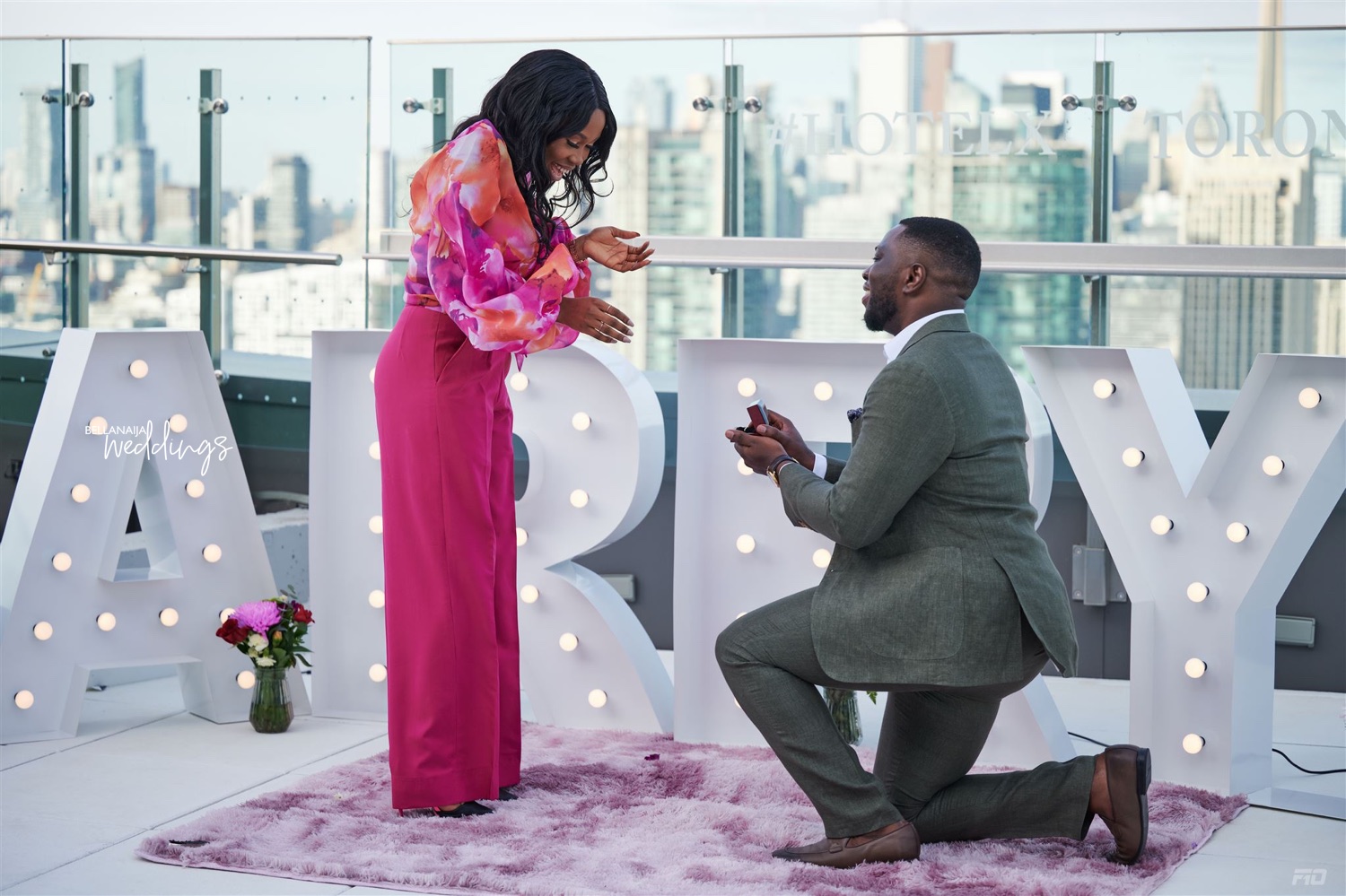 How We Met
By the bride-to-be and groom-to-be, Wura and Ayo

We met in July 2017 at the Nigerian House in Ottawa where Wura’s dad was responsible for welcoming and hosting the Ooni of Ife during his official visit to Canada as part of the celebrations of Canada’s 150th anniversary. I thought to myself, “that must be the ‘Wura’ I have heard so much about.”

I remember seeing him and thinking, ‘who is this fine man’? I quickly brushed off the thought and went back to the room where I was seated. A few minutes later, he walked into the room and asked, ‘You’re Wura right?’ I looked at him confused and asked how he knew.

He went ahead to tell me how he had heard so much about my singing abilities and knew me from a distance. We ended up talking about the possibilities of us going back to Nigeria. Imagine o, our first conversation was about Nigeria. lol. 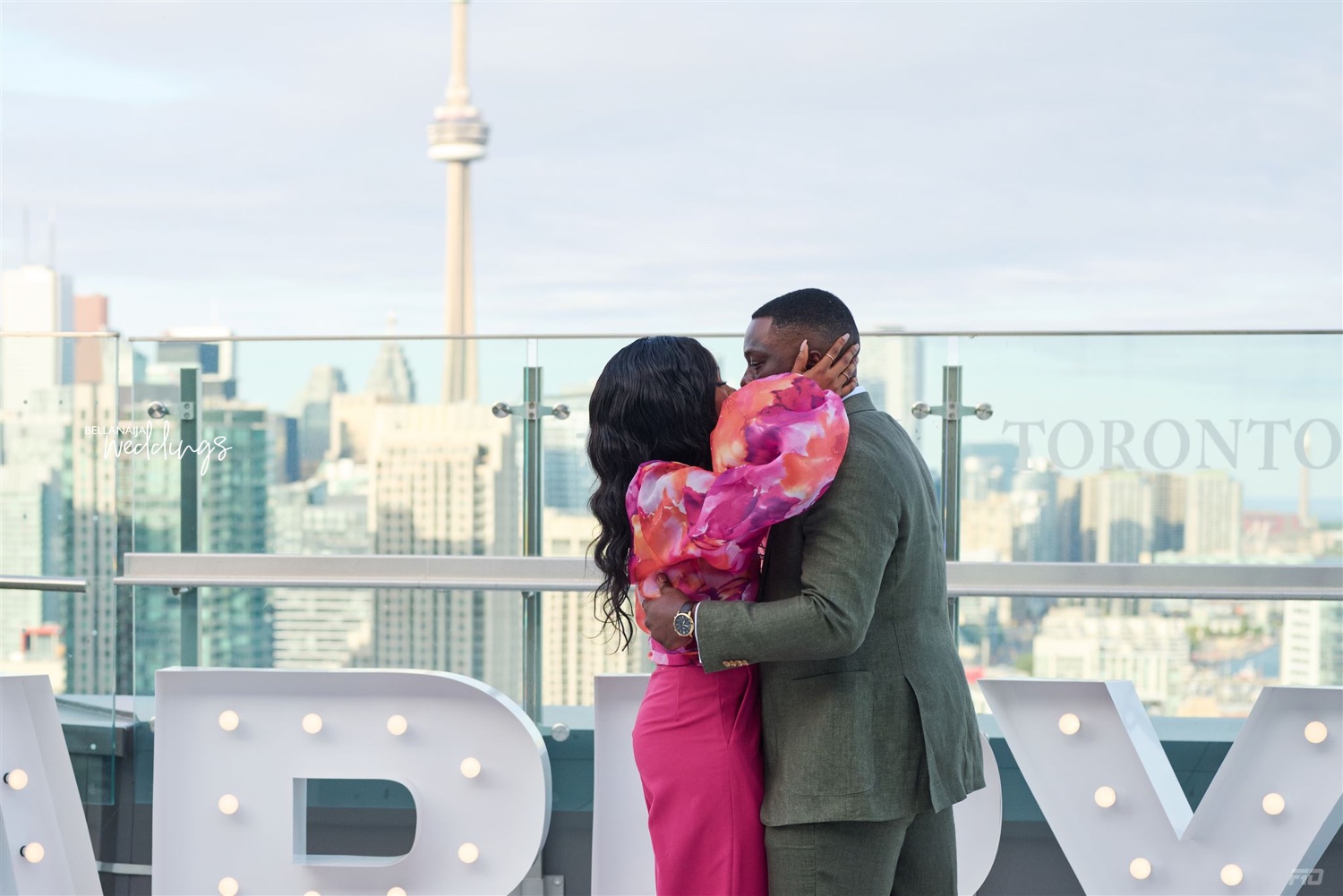 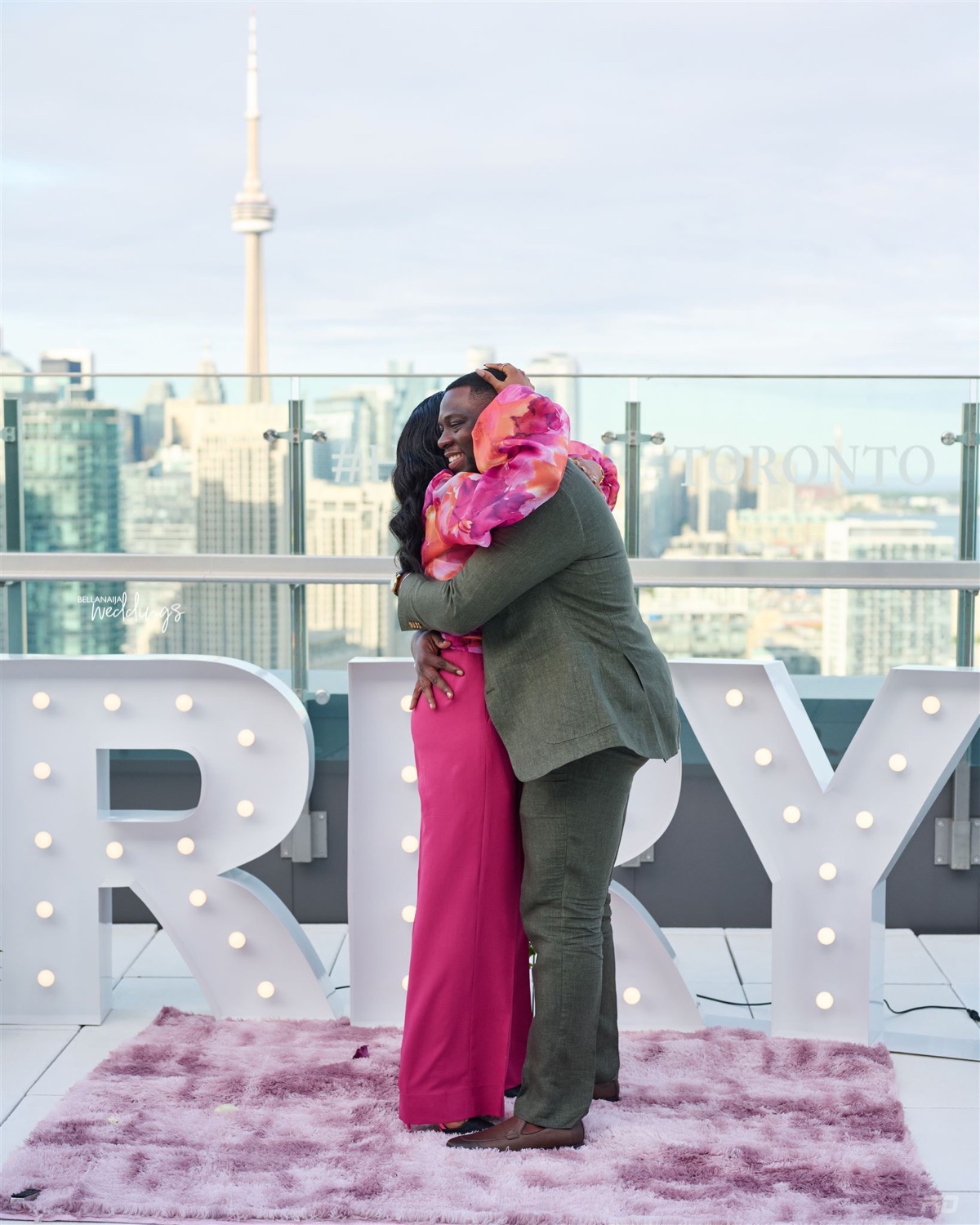 However, that showed me how passionate he is about Naija. He asked for my contact to keep in touch and that was the beginning of our friendship. He was in a relationship at the time so we barely spoke after that first meet until about a month later.

We had a long conversation and he told me more about himself and that his relationship ended. Our talks became more frequent and after a few months, he revealed that he tried hooking me up with one of his friends acting as the intermediary but that fell through. 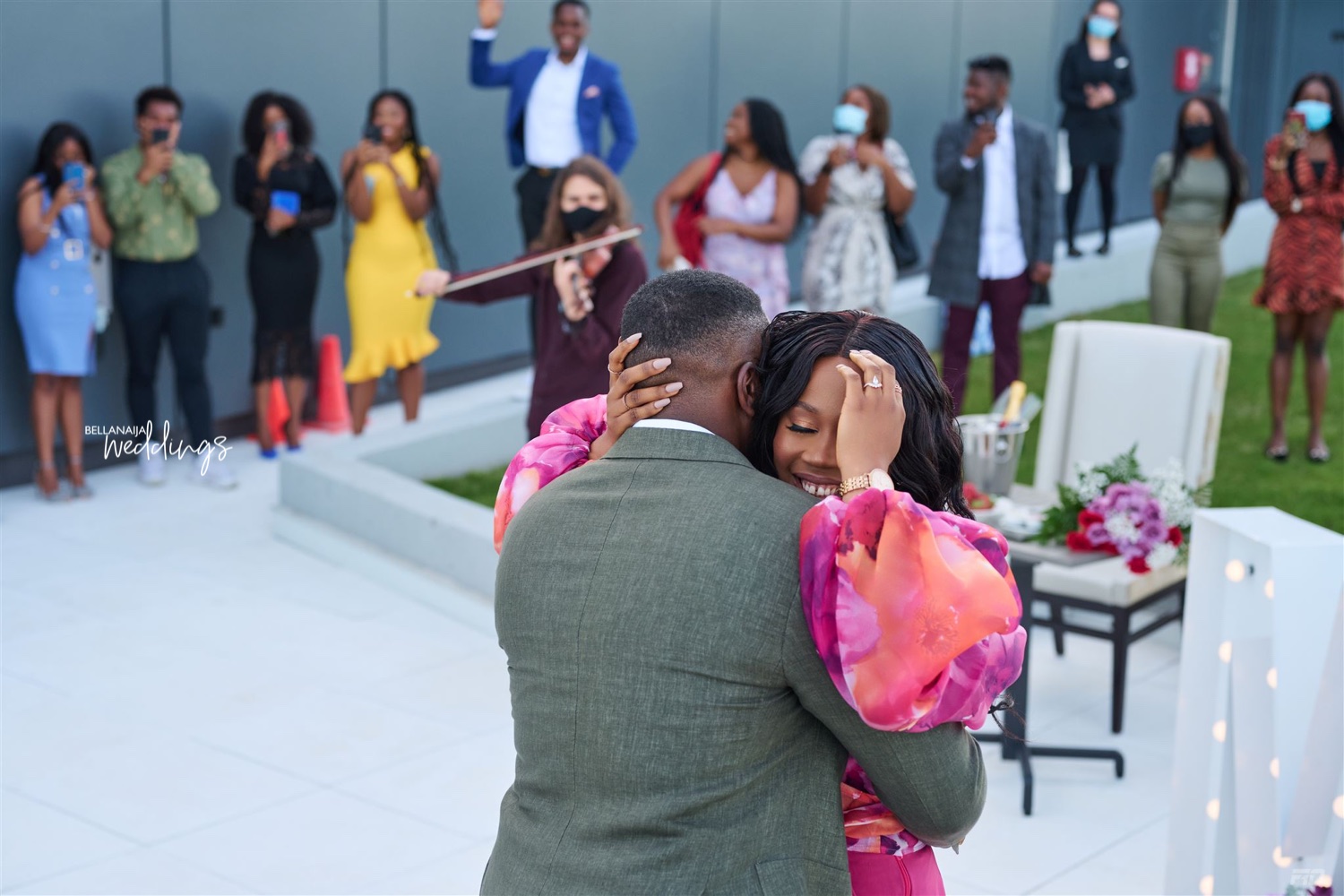 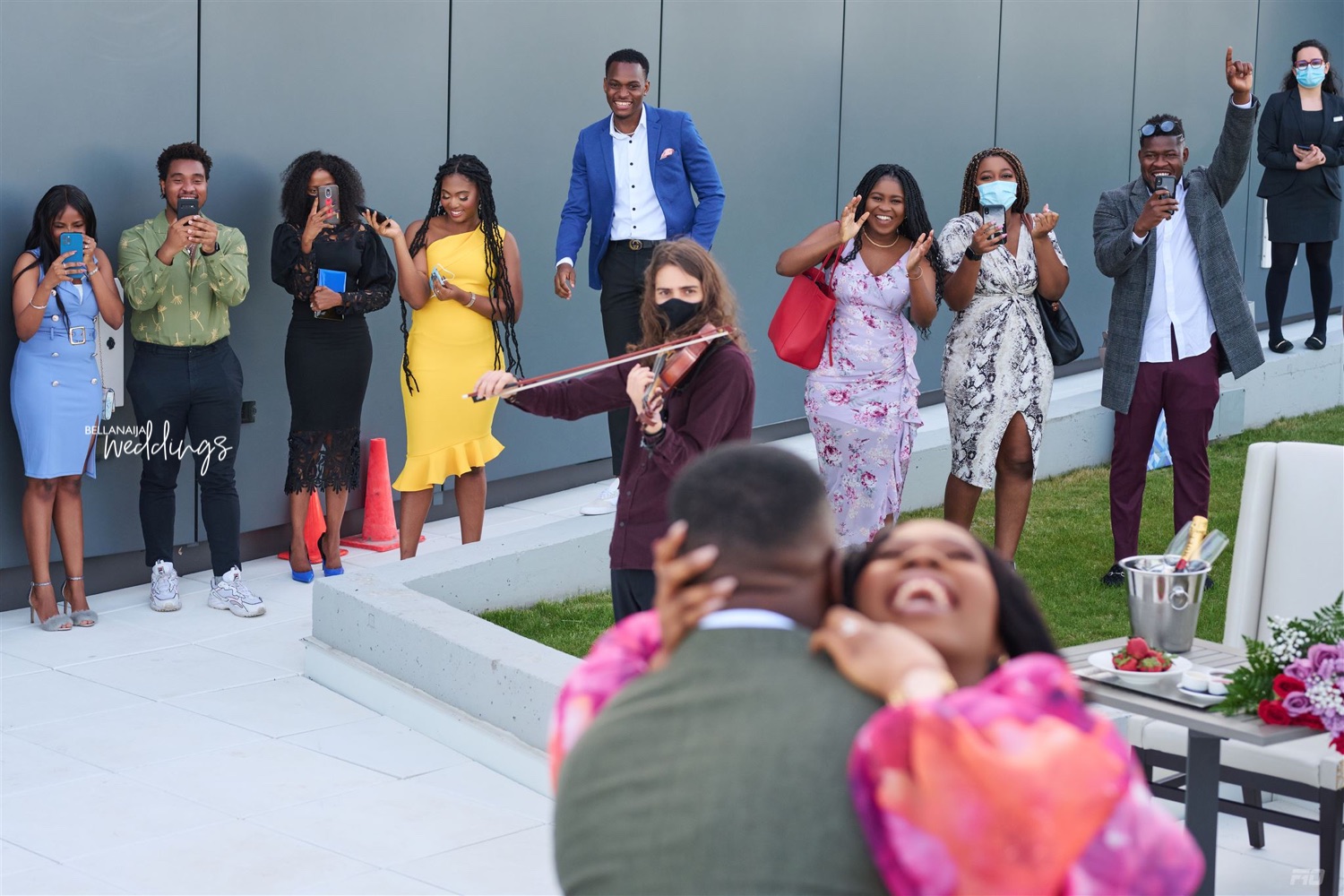 He ended up liking me so much he had to mention the feeling to his friend lol. I didn’t like the friend back at the time so it was all good. He was still healing from his prior relationship so we remained friends for a little over one year and within that time he moved back to Nigeria.

On a random day in January 2019, I woke up to an ‘I miss you’ text from him. He wanted us to talk and I obliged. He professed his love for me, how he wanted to spend forever with me and asked me to be his girl. I said yes to him 2 days later and that was the start of our beautiful journey. 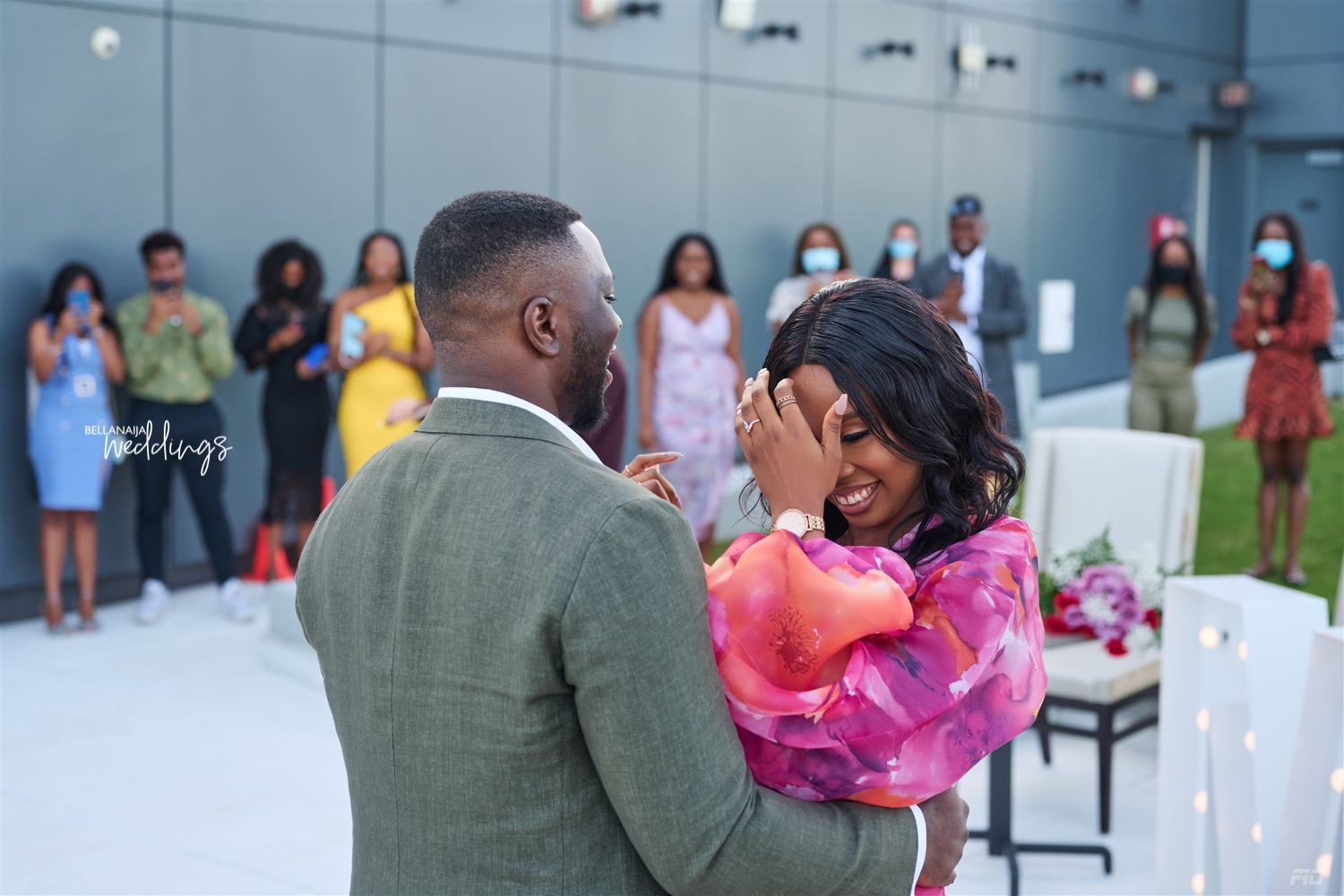 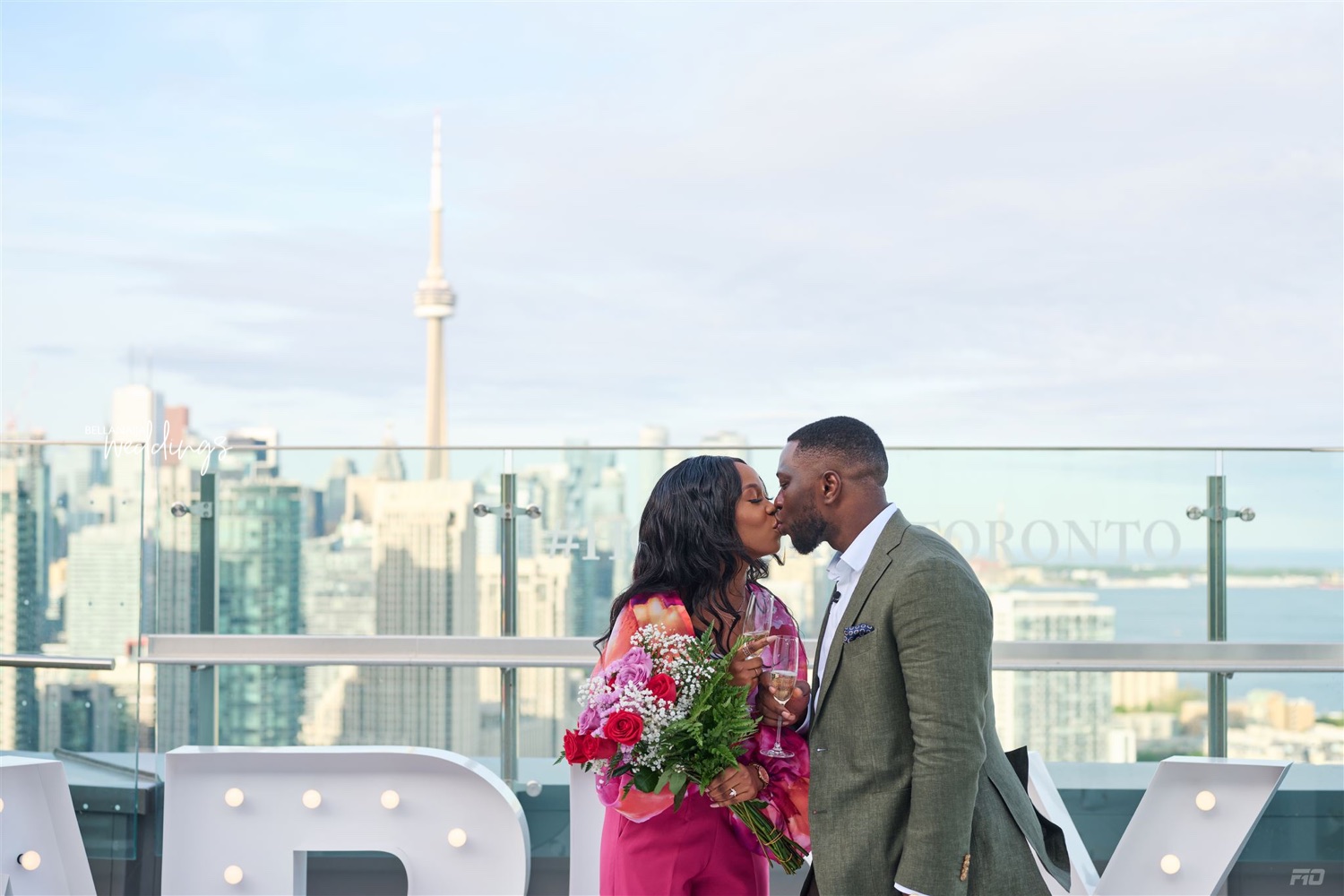 I look back to the strides we’ve made through the various seasons we’ve shared together and what sealed it for me was her solid and balanced character. Wura’s love and support never wavered throughout. Therefore, the decision to ask that life-changing question “Will you marry me?” was definitely easy.

It gives me utmost peace of mind because there is no other human in the world I’d rather spend the rest of my life with. I look forward to the amazing seasons ahead and the beautiful family we will build together. Arike mi, my forever choice. 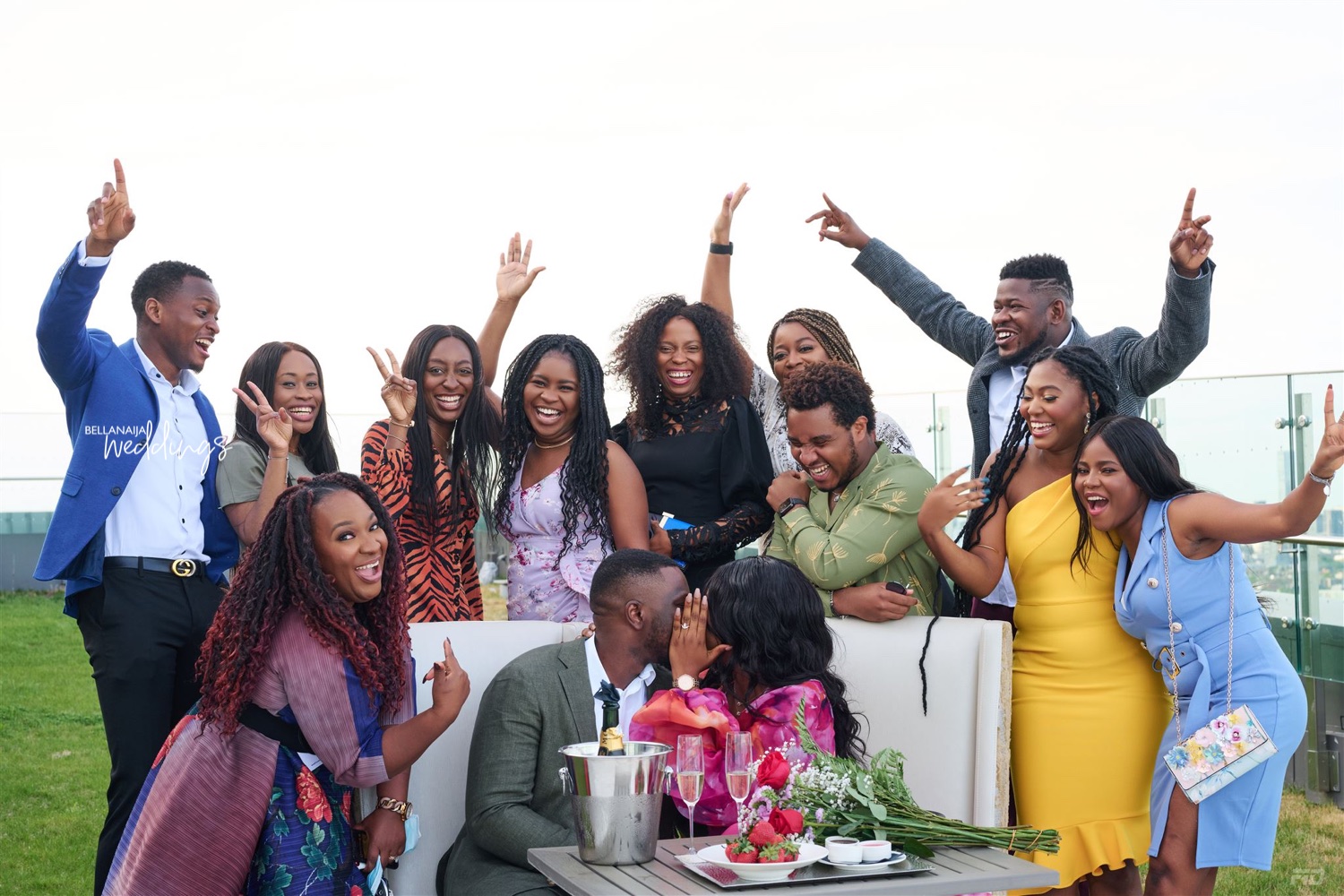 Saying yes to Ayo at our proposal was easy because he is easily my favourite human. I am grateful to God for making our paths cross because Ayo feels like home. 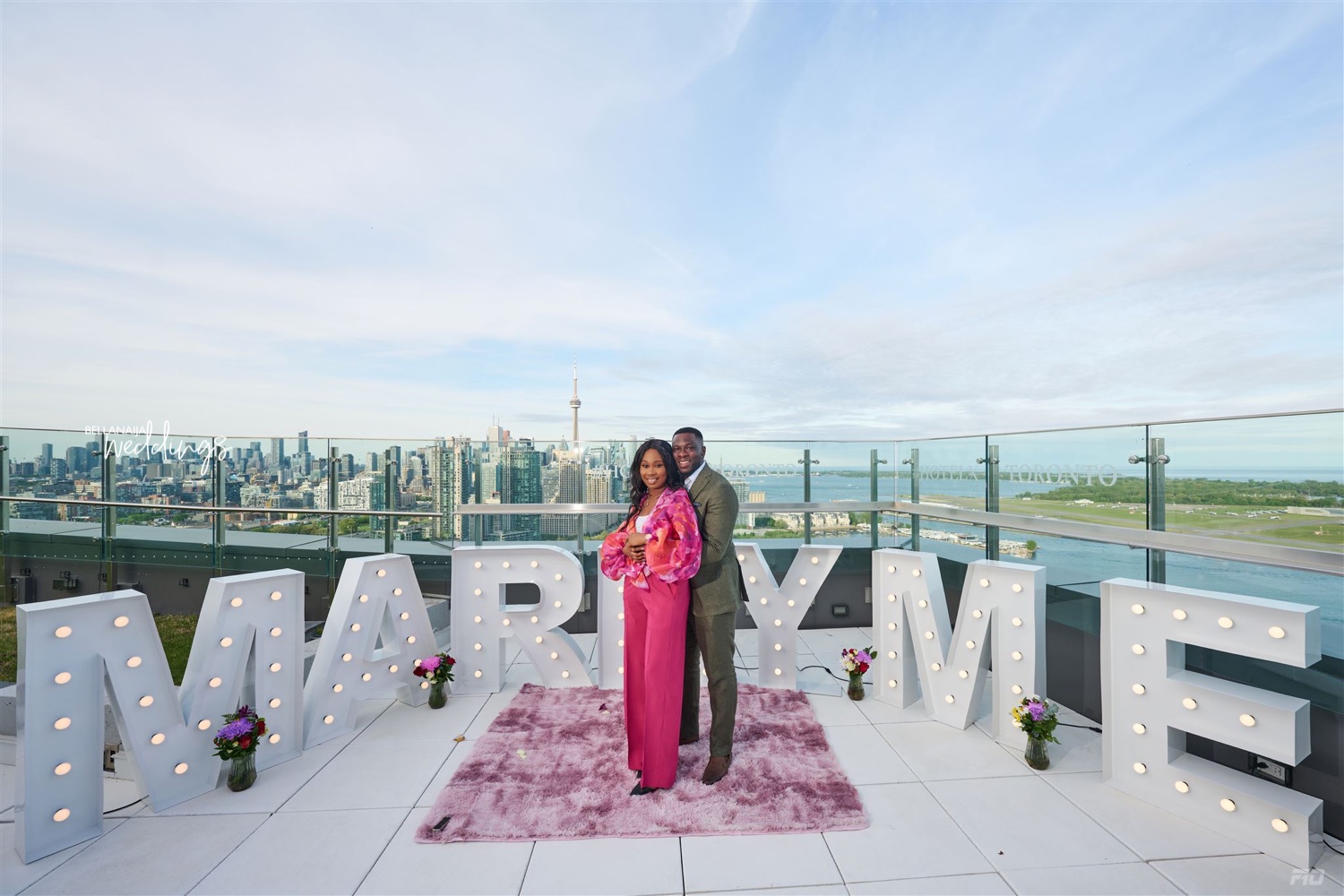