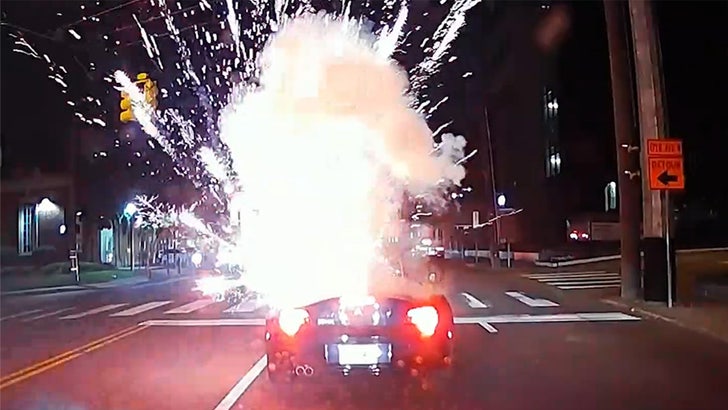 A Nashville man is lucky to be alive after a firework was thrown inside his convertible, and then blew up in his face … quite literally.

20-year-old Colin Kirby was heading home Sunday night in downtown Nashville ride with the top down on his BMW, when suddenly an Infiniti pulled up next to him at a stop light. Someone inside rolled down a window and chucked a lit explosive into the car.

It was all recorded too, BTW … Kirby’s buddy was tailing him from behind, and his dashcam captured the insane, and explosive, encounter. 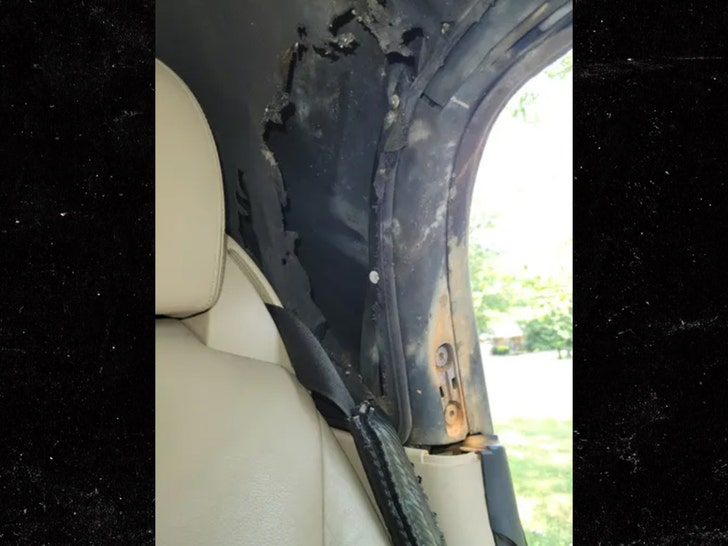 The firework went off right near Kirby’s head — causing minor burns and a temporary loss of hearing, but nothing more serious beyond that. It also torched the inside of Kirby’s whip … and the aftermath photos look pretty bad.

Kirby said he was able to pull over and call 911 — and ended up getting treated at a hospital. The cops are still looking for 3 suspects who would reportedly face charges of aggravated assault with a deadly weapon.