The remaining section of the collapsed condo building in Florida has been demolished … it went exactly according to plan and could actually help in the rescue/recovery effort.

Explosives were detonated in the middle of the night Sunday … bringing down the remaining structure of the tower. Authorities made the move to get ahead of a looming tropical storm, which could have caused the structure to fall to the ground … severely hampering the search. 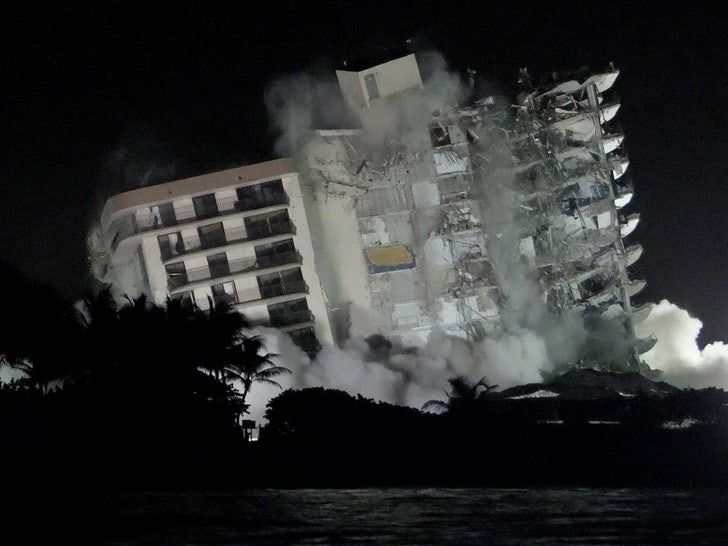 Residents in nearby buildings were urged to stay inside and close all windows to prevent debris and dust from coming in. 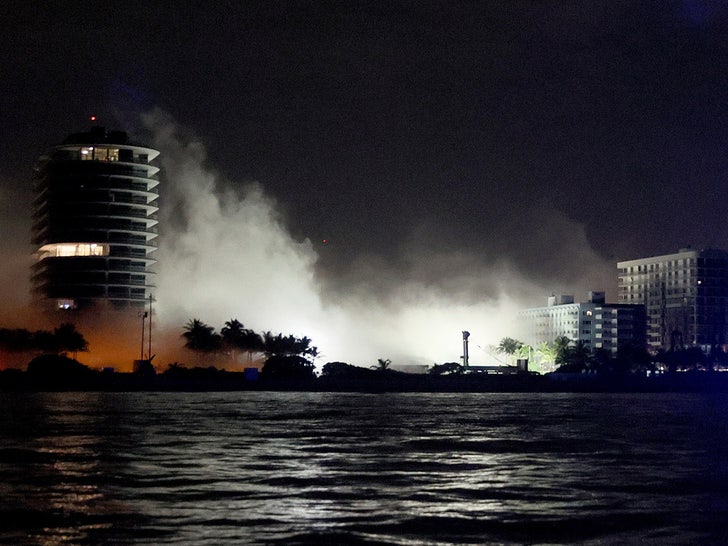 The demolition could actually assist in the search efforts … rescuers are now able to access the underground garage, which had not been accessible before.

So far, 24 bodies have been found … 121 people are still unaccounted for, but it’s been 11 days since the collapse and after the first few hours no one has been pulled out alive. 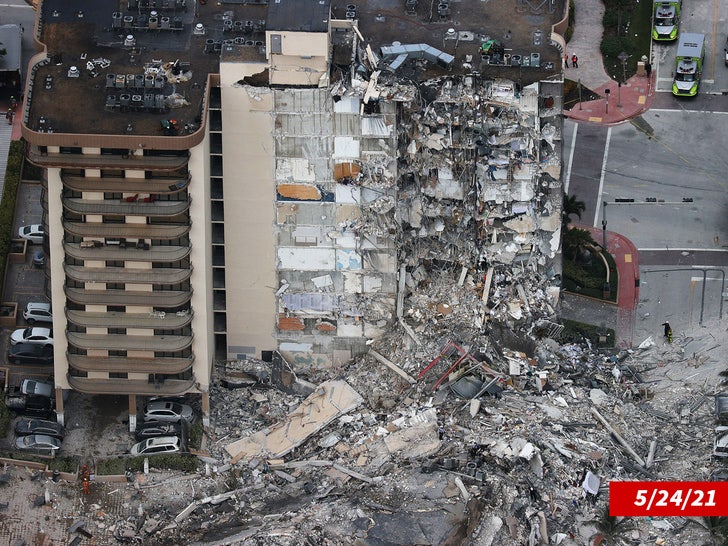 It’s still unclear what caused the structure to collapse, but it looks increasingly like a breach in the pool area may have triggered the disaster. A 2018 inspection of the building turned up major flaws in the design.