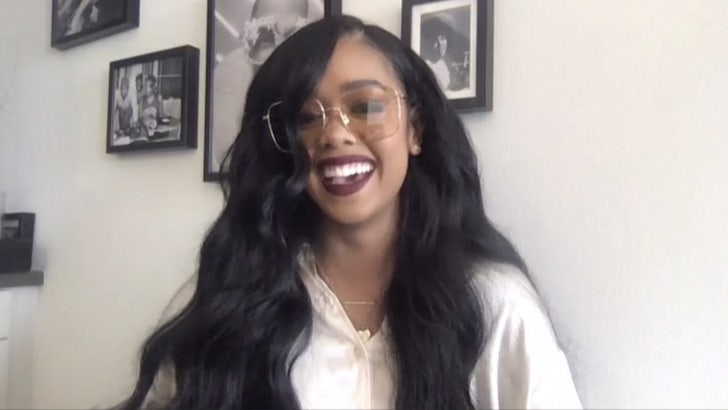 There’s zero need to fill in H.E.R. about “Schoolhouse Rock!” … ’cause not only has she heard of the iconic series, but she’s also helped the Obamas improve on it with their new Netflix animated series.

The 4-time Grammy-winning singer joins us Monday on “TMZ Live” to let us know how executive producers Barack and Michelle Obama got her onboard for “We the People.” Here’s a hint: there was no arm-twisting involved.

Now, for older heads this is gonna sound very familiar … kinda like ABC’s popular series, “Schoolhouse Rock!,” from the 70s and 80s. You know “I’m Just a Bill” was a jam!

Well H.E.R. says “We The People” differs in one big way — it has established hitmakers, like herself, which she says will immediately draw young audiences, and help them connect with the message. Let’s just call it better learning through better music.

H.E.R. hopes the songs from the Netflix series live on like those from “Schoolhouse Rock!” … and help young people get more invested in the country’s political future.

After all, THEY are the people.