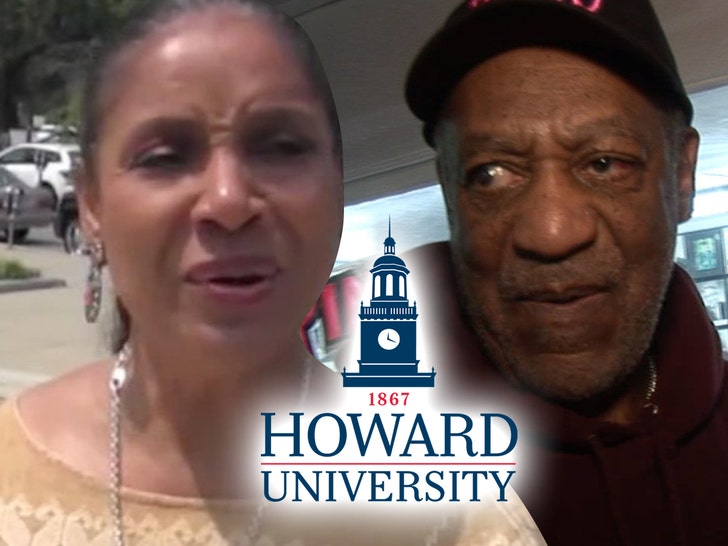 Phylicia Rashad has FINALLY done an about-face on her Bill Cosby sentiments from this week — issuing a formal apology to Howard U students … and deleting the tweet in question.

The former actress — who is now Dean of the HBCU’s Fine Arts College — sent a letter to Howard U students Friday, which flat-out said she was sorry for her controversial remark … this in the wake of Cosby having his conviction overturned, and being released from prison.

Phylicia Rashad has sent an apology letter to Howard University students over her Bill Cosby tweet:

She says she plans to “participate in trainings” to become a stronger ally to survivors pic.twitter.com/sF7fl7m8FW

In the letter, which has been making the rounds online, Phylicia writes, in part, “This week, I tweeted a statement that caused so much hurt in so many people — both broadly and inside the Howard community. I offer my most sincere apology. I have since removed that upsetting tweet.”

She goes on … “My remarks were in no way directed towards survivors of sexual assault. I vehemently oppose sexual violence, find no excuse for such behavior, and I know that Howard University has a zero-tolerance policy toward interpersonal violence.” 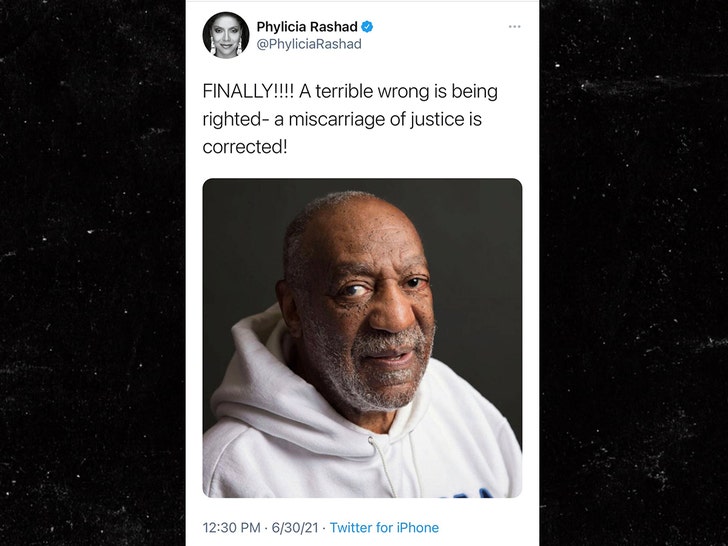 PR continued by saying that she intends to undergo training to reinforce HU protocol and practices as it relates to all this — and also asked the HU community for its forgiveness, promising to do a lot of listening and learning so she can become a stronger ally to sexual assault survivors and anyone else who’s suffered at the hands of an abuser.

You’ll recall … Phylicia was ecstatic at the news of Cosby’s case being thrown out, initially writing … “FINALLY!!! A terrible wrong is being righted – a miscarriage of justice is corrected!” She faced immediate backlash for her comment, following up by saying her tweet wasn’t aimed at sexual assault survivors … but she kept the Cosby tweet up nonetheless, which simply didn’t square. Even after HU admonished her formally, she still left the tweet up.

I fully support survivors of sexual assault coming forward. My post was in no way intended to be insensitive to their truth. Personally, I know from friends and family that such abuse has lifelong residual effects. My heartfelt wish is for healing.

Looks like someone higher up finally got in her ear and told her the truth — which is, you can’t openly support Cosby and sexual assault survivors at the same time. So, pick one …

As for how she really feels … it’s anyone’s guess. She’s done several interviews in recent years which certainly make it seem like she was squarely in Cosby’s corner — and appeared to consider the pileup of allegations against him in the late 2010s a witch hunt, of sorts.