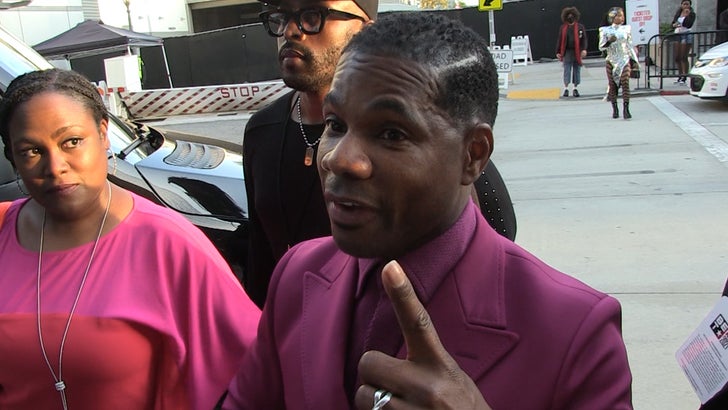 Kirk Franklin‘s not down with ranking the greatest gospel artists of all time, because he says there’s only one name that matters … and no, it’s not Kanye West!!!

The iconic choir director and gospel singer wasn’t throwing any shade at Kanye — quite the opposite — but making a bigger point about the genre of Christian music … telling us anybody can do it because it’s for all of God’s children.

With that mindset, Kirk says there shouldn’t be a Mount Rushmore of gospel music — notwithstanding he’s considered to be a candidate — because it’s all about glorifying the man upstairs.

As for Kanye … Kirk says he’s tight with his “brother” and heaps praise on his musical talent … calling him one of the greatest artists of all time.

You may recall, Franklin was featured on Ye’s acclaimed 2016 track, “Ultralight Beam,” and he had another major moment in mainstream music last week when he and Lil Baby opened up the BET Awards with a powerful performance of “We Win.”