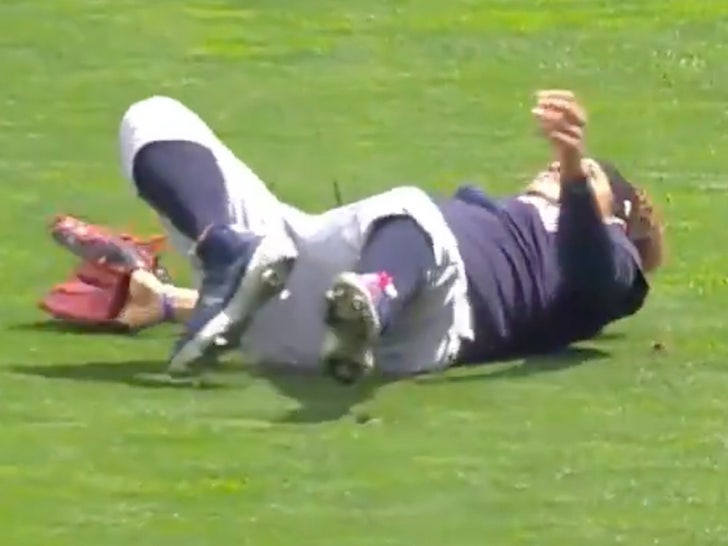 Cleveland Indians outfielder Josh Naylor broke his leg in a horrifying fashion after colliding with his teammate during a game Sunday … and video of the play is VERY hard to watch.

The gruesome scene all went down in the 4th inning of the Tribe’s game against the Minnesota Twins … when Naylor was trying to track down a fly ball in right field.

The problem … his teammate, Ernie Clement, was charging for the ball as well — and when the baseball finally came down from the sky, the two crashed into each other HARD.

The collision sent Naylor flying — and when he landed, his leg bent awkwardly underneath him … horrifically twisting it.

Oh man…. Josh Naylor just had a nasty collision and is in incredible pain.

Probably don’t want to watch if you have a squeamish stomach…. pic.twitter.com/dTL5LTtNDI

You can see in slow-motion replay, Naylor was in EXTREME pain … writhing on the ground.

Naylor was eventually carted off the field and taken to the hospital … and after the game, Indians manager Terry Francona confirmed his player was dealing with a significant injury.

Terry Francona gives an update on the status of Josh Naylor.#OurCLE | @Indians pic.twitter.com/yoTQv8OGjH

“We know that there’s a fracture,” Francona told reporters. “Other than that, he’s being evaluated over at the hospital right now.”

Naylor had played in 69 games for Cleveland this season … hitting 7 home runs and batting .253.