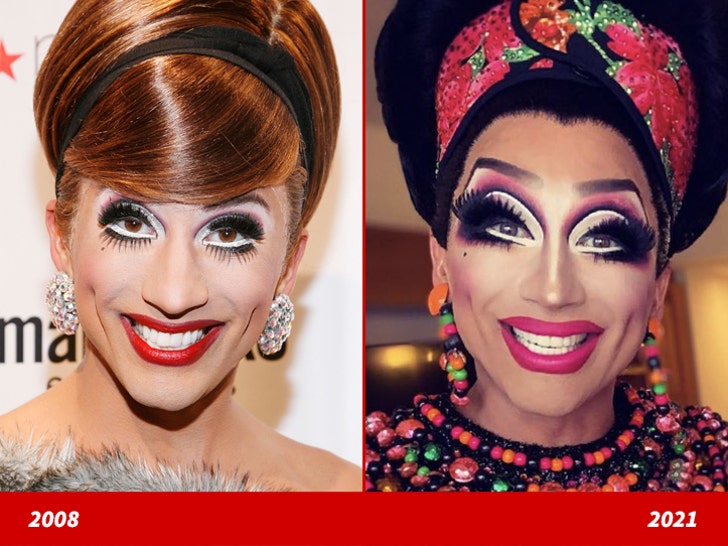 Bianca Del Rio‘s good looks are anything but a drag!

Here is a 32-year-old version of the “RuPaul’s Drag Race” winner dressed to impress at an event in New York City back in 2008 (left). This same year Bianca could’ve been seen at Le Petit Theatre performing in shows such as “Rent” and “Cabaret.”

And, 13 years later … This star has made a name for herself and has made several reappearances on “RuPaul’s Drag Race.” The beautiful babe is spending this weekend celebrating her 45th birthday and was recently seen serving looks on the ‘gram (right).

Bologna! All tea, no shade.