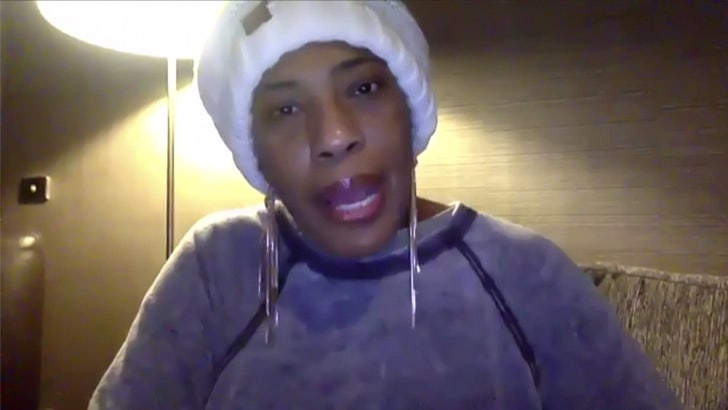 Macy Gray says what went down on January 6 is the main reason why she wants to redesign the American flag, because she feels the insurrection violated Old Glory and turned it into a symbol of hate.

The “I Try” singer joined “TMZ Live” Tuesday to elaborate on her controversial call to update the U.S. flag in a way she believes is more inclusive … including adding 2 stars for D.C. and Puerto Rico and changing the star colors from white to the shades of the melanin scale.

Macy says after the U.S. Capitol was breached on Jan. 6 by Trump-supporting insurrections who used the flag as “their badge and symbol,” she feels differently about it … and thinks many others do too.

For that reason, she seems certain the time is right for an Old Glory overhaul … and points to the fact that it’s already been redesigned 26 times in our nation’s history.

Macy says she’s never seen the country transform as much as it has the past 2 years — and not in a good way — so changing the flag to better represent everyone is her goal. She’s hoping the government hears her cry for unity and inclusion.

As we reported … Gray penned an op-ed last week in which she said the American flag has replaced the Confederate flag as a hate symbol … due to the Jan. 6 insurrection.

For more with Macy, check out the full interview on Tuesday’s episode of “TMZ Live.”