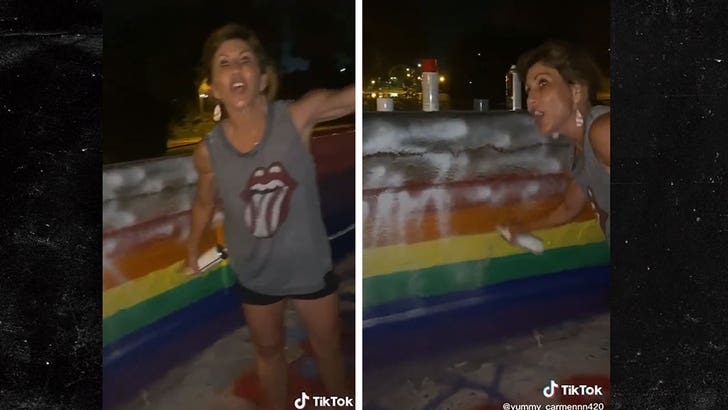 A Tennessee woman busted out some spray paint to cover up a rainbow on a bridge, because as she puts it … “I’m sick of you all’s s***.”

The video speaks for itself — the latest “Karen” was apparently upset that 2 teens painted a rainbow on the spot the community reportedly designates for people to express free speech … and she made her point in a very bigoted way.

The lady drops the obligatory “I’m an American who works hard and pays taxes” spiel as her reason for painting over the rainbow, which the teens had put there to celebrate Pride Month.

If that wasn’t enough, she expresses her disdain for what she feels is the teens’ — and apparently all gay people’s — desire to stand out and get attention, when she just wants them to shut up.

It’s unclear exactly where this went down in Tennessee, but it’s almost certain to add to the stigma of the name Karen … which has plummeted in popularity over the past year thanks to incidents like this.