Ever wonder what it’d be like to have a golf simulator AND an insane Kobe Bryant themed-court at home?!?

For billionaire hedge fund exec Jeffrey Feinberg, that just became a reality … ’cause the dude just bought a $44 million mansion in Los Angeles — THAT COMES WITH BOTH!!!

But, the best part of it? It’s got a custom Kobe court that would make NBA arenas jealous. 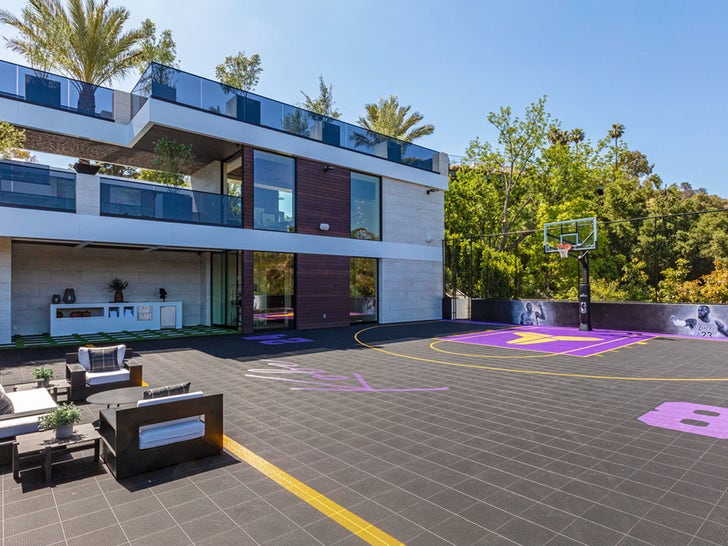 Check out pics of the place … it’s got Kobe’s signature, his jersey numbers and his famous Mamba logo emblazoned on it.

There’s also pictures of NBA legends like Michael Jordan and LeBron James surrounding it — and Feinberg, a huge basketball fan, actually told the WSJ it was a key reason he bought the place.

As for the rest of the crib … it’s got it all — a room devoted to a golf simulator, an indoor pool and spa, a bar and so much more.

Still great to be rich, ain’t it?