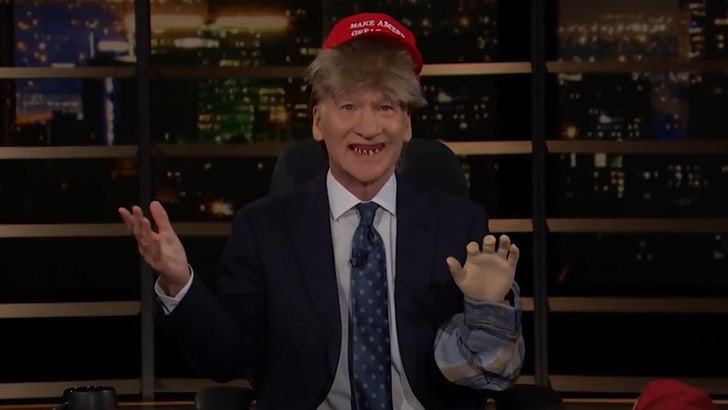 Bill Maher murdered last night with a hilarious take on the latest Jan 6 conspiracy theory … that the insurrectionists were actually Democrats dressed up as Trump supporters to make the Prez look bad.

The “Real Time” host barely held it together with his show-and-tell … beginning with a well-worn MAGA hat, followed by a MAGA hat with enhancements! 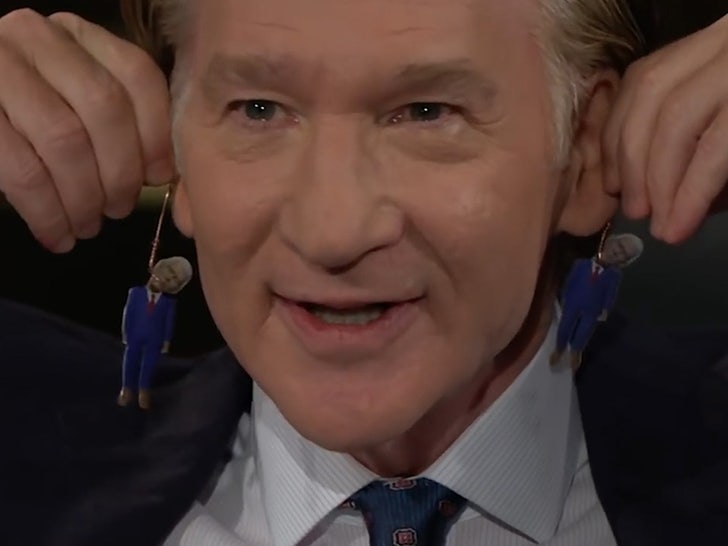 Bill just lost it with the meth teeth … but there was more — so much more, ending with the ladies getting some bling that might send shivers down the spine of the former VEEP.

It was hysterical … Bill says the getup was courtesy of George Soros‘s home costume dept. As for who worked the sweatshop — well, Bill and Tim Robbins, of course. 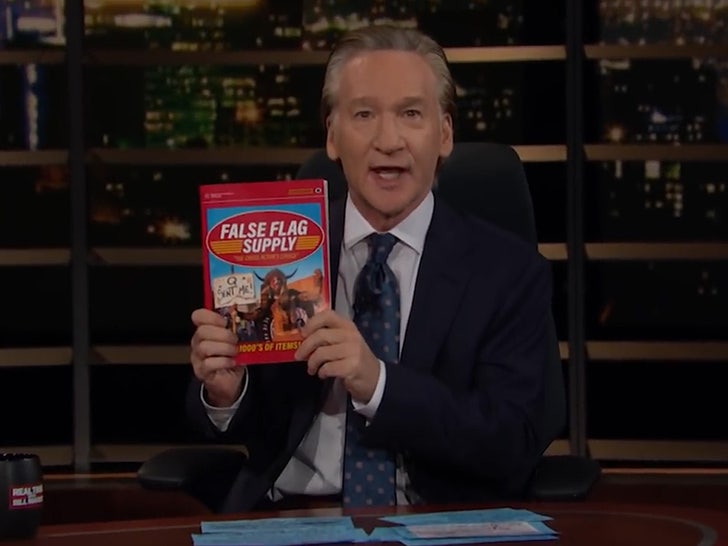 Then there was a book, instructing rebellious Dems on how to purchase a fake flag or 2. 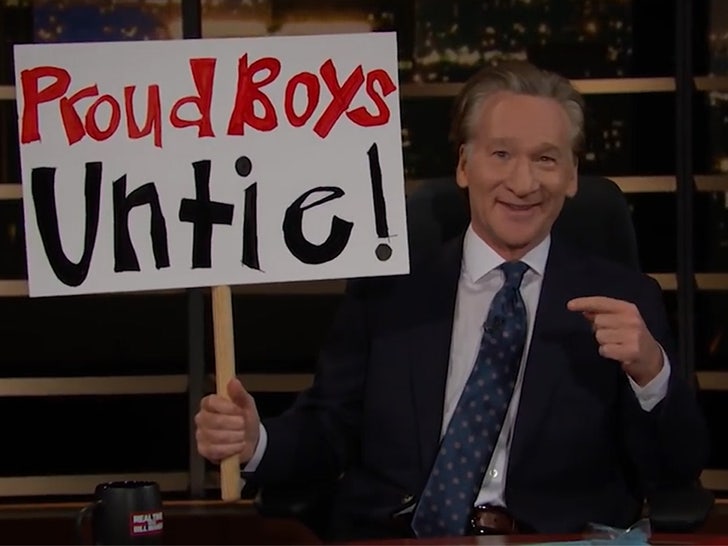 In all seriousness, 73% of Republicans actually believe this … that what you saw on TV was a frame job by left-wingers. And, of course, they all think the election was rigged.