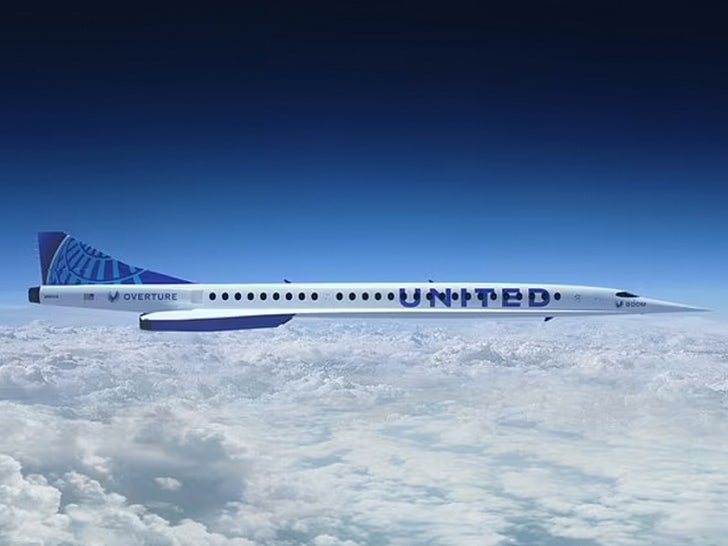 United Airlines is one giant step closer to getting passengers from NYC to London in less than 4 hours.

The airline announced it scooped up 15 supersonic jets dubbed “Overture” from the Denver-based firm Boom Supersonic. The jets can reach a top speed of 1,300 MPH, or Mach 1.7 speeds. Mach 1 is the speed of sound.

To put that into perspective … United says it “can connect more than 500 destinations in nearly half the time.” In addition to the incredibly fast trek from NYC to London … other potential routes for the Overture include Newark to Frankfurt in 4 hours and San Francisco to Tokyo in 6 hours.

But, don’t hold your breath … United, which has an option to buy an additional 35 more jets, says the Overture won’t be flying until 2026 and won’t carry passengers until 2029.

And, for the environmentally friendly … United says its Overture will be the first large commercial aircraft to be net-zero carbon from the get-go. It’s also slated to be optimized to run on 100% sustainable aviation fuel.

The Overture, of course, reminds old school flyers of the ol’ Concorde — the last supersonic passenger jet. The Concorde, with maximum speeds twice the speed of sound at 1,354 MPH, arrived in 1976, but was taken out of service for good in 2003.