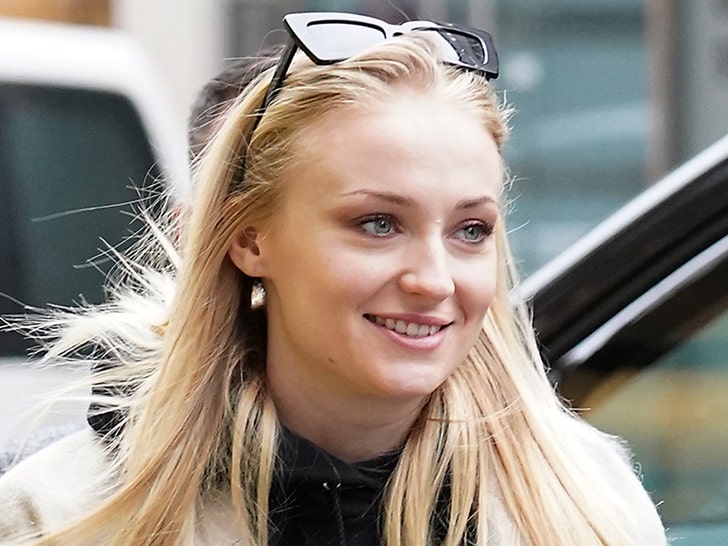 Sophie Turner isn’t straight … at least that’s what it appears she’s trying to tell the world.

The “Game of Thrones” star hinted at some sort of coming out in a social media post celebrating Pride Month. She said, “time isn’t straight and neither am i.” 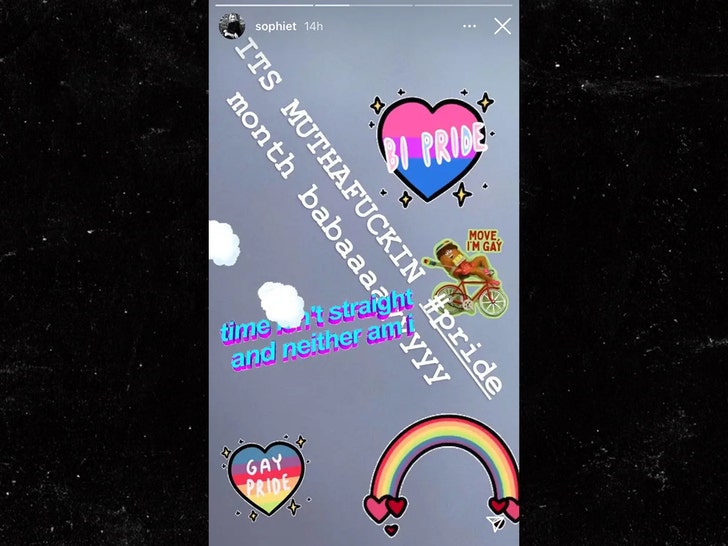 Sophie put a ton of other stickers on her post that seem to hint at her truth … including hearts with text for “BI PRIDE” and “GAY PRIDE” and another sticker saying, “MOVE, I’M GAY.”

While the “time” line was cryptic, there’s no doubt Sophie’s all about celebrating Pride, as she added, “ITS MUTHA****** #pride month babaaaayyyyy.”

MAY 2019
Advertisement. Scroll to continue reading.

As you know, Sophie got married to Joe Jonas back in May 2019 in a Las Vegas wedding. They’ve already started a family … remember, Sophie gave birth last July to a daughter named Willa.

Tons of celebs have been coming out recently as gay, lesbian, trans and non-binary … including Colton Underwood, Kehlani, JoJo Siwa, Elliot Page and Demi Lovato … and it sounds like Sophie’s itching to join them.