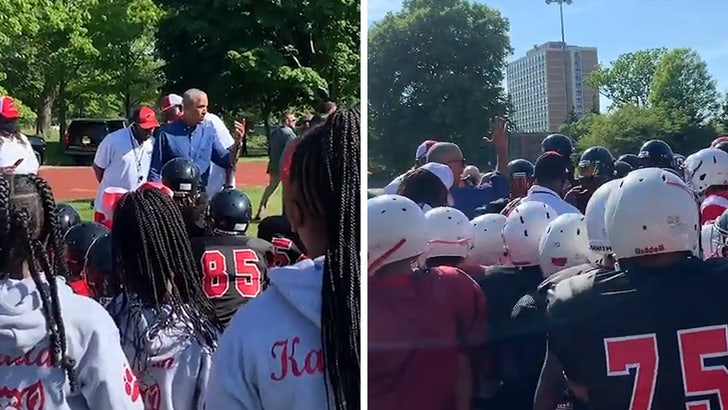 A youth football team in Chicago got the ultimate surprise visit on Tuesday  … when none other than President Barack Obama came through to give an epic pump-up speech!!!

#44 popped up at Jackson Park to visit the Chicago Southside Wolfpack football team … and naturally, the kids and coaches lost their minds when they saw the local legend in the flesh.

“But the key is, can you build that strength in yourself to come back?”

Obama even met with all the kids — taking pictures and shaking hands. 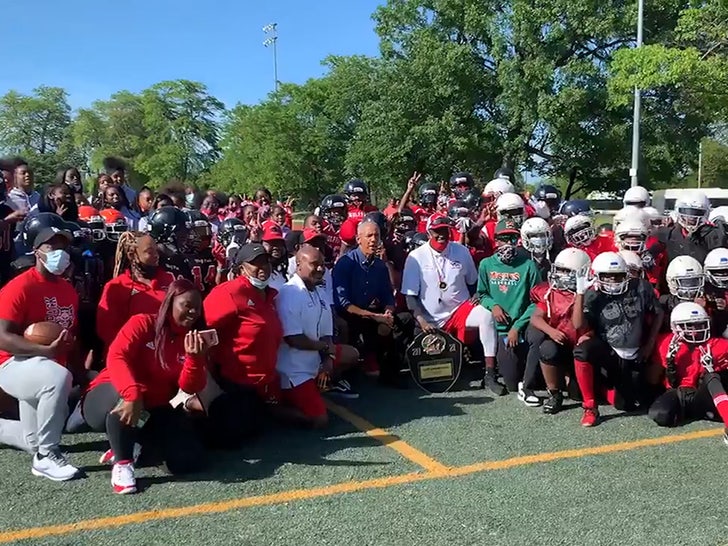 Now, this is Obama we’re talking about … so you better believe there were some dad jokes thrown in.

FYI, the Wolfpack’s practice field is the future site of the incredible $500 million Obama Presidential Center, which will begin construction later this year.

But, don’t worry about the Wolfpack — they’re getting a brand new field!!

What a cool moment for everyone involved!!